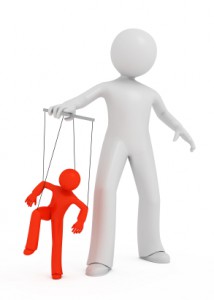 Greta Van Susteren of Fox News and Pyongyang seem to be in agreement, or at least to share assumptions about the puppet-puppetmaster nature of the U.S.-ROK relationship.

”Why won’t South Korea back us 100%? We don’t need 95%, we need 100%” she whines on her on her Gretawire blog published by Fox News. Her assessment of South Korea’s policy choice is packed with the worst possible collection of American assumptions about our relationship with South Korea. The tenor of her blog post is “how dare they not embrace Iran sanctions, when we’ve supported them on the Cheonan issue and sacrificed so many lives for their freedom? How dare they?”

According to Van Susteren, Seoul’s transgression is that it has not completely shut down the Seoul branch of Iran’s Bank Mellat, which may have been involved in transactions related to Iran’s military. This was Washington’s request. However, Seoul, mindful of damaging local companies that carry out legitimate business with Iran, as well as potential reprisals from Tehran, tried to find a compromise. It has not put a total freeze on the bank, but rather has put its activities under strict government oversight: Mellat, along with 102 other institutions, now need Bank of Korea approval before conducting any international transaction. In doing so, Seoul hopes to demonstrate to Washington a desire to cooperate without harming an important trading partner or local constituencies.

Van Susteren’s article first makes the patronizing assumption that the U.S.-ROK alliance is something of a parent-child relationship. The big country makes a decision, the little one must follow—it is shocking if it doesn’t. This is, curiously, exactly how Pyongyang construes this relationship in its media as well, describing Seoul authorities as mere puppets of the imperial power. Of course, it isn’t this way and hasn’t been since the formation of the alliance in 1953. When interests align, allies act in concert with little friction over policy. During the Vietnam War, for example, South Korea had common interests with the United States and sent combat troops to fight alongside American GIs. It received supply and other support contracts in return.

When interests diverge, however, conflict between allies arises and requires some form of compromise. South Korea stands to gain very little from supporting sanctions against Iran. Seoul has around $10 billion in trade with Iran. Iran also supplies roughly 10 percent of Korea’s oil. The U.S. by contrast has almost no trade with Iran, making sanctions relatively painless for itself.

Furthermore, from Seoul’s perspective, the potential to create an air-tight set of sanctions against a country with large reserves of the world’s most needed commodity is low (Iran has the third largest reserves of oil, after Saudi Arabia and Canada). As Brazil and Turkey have shown, there is enough reluctance on Iran that Korea alone won’t be held responsible if the sanctions regime fails.

Seoul has had to carefully balance the importance of its Iran relations with the importance of supporting its superpower ally. This has been a tricky task and we have yet to see whether its compromise position of partially implementing the trade restrictions the U.S. requested will sufficiently satisfy either Tehran or Washington.

As Van Susteren points out, Washington did support Seoul’s policy positions after the March sinking of the ROKS Cheonan, with observers generally agreeing that the South took the lead on formulating the response. Again, the reality was that for Washington to support Seoul in promoting a tougher sanctions regime on North Korea cost the U.S. very little. American trade with North Korea is virtually non-existent—even less than its trade with Iran. By contrast, inter-Korean trade was worth over $1.6 billion last year. While Seoul risked domestic political discord and even the Kaesong Industrial Complex by pushing for tougher sanctions enforcement at the UN, policymakers in Washington risked nothing.

After the Cheonan incident it was clear Seoul would have to take some punitive measures against North Korea and attacking trade was more plausible than military action. For the Lee administration, Iran’s transgressions and the need to punish them are understandably far less clear-cut.

The root of Van Susteren’s discontent with South Korea seems to rest on the idea that America’s 20th century wars abroad were based on nothing more than the desire to help others. The Korean War in this case was a form of altruism by the United States based on a desire to give freedom to a then-obscure East Asian peninsula. (“Of all countries to snub us!” she exclaims.) Again, this is not the case: it was a confluence of interests shared by an anti-communist Washington and conservative Korean forces that brought the U.S. into the Korean War. By pretending otherwise, Seoul’s reluctance to unquestioningly follow contemporary American guidance can be construed as petulant ingratitude rather than the normal foreign policy considerations of a sovereign state.

In failing to respect Seoul’s status as an independent actor, Van Susteren is actually in remarkable harmony with Pyongyang’s take on the U.S. role in South Korea. Of course, Pyongyang frequently tries to apply pressure on issues where it knows Washington and Seoul’s interests diverge: despite its rhetorical claims to the contrary, Pyongyang understands Seoul is not merely a puppet.

By making no attempt to understand relations between the U.S. and South Korea, Van Susteren offers little prospect for her audience to comprehend when and how the allies might formulate successful policy regarding North Korea.

For good measure, the article also suggests Seoul should be more wholeheartedly on board because it knows about the danger of nuclear weapons and is the most nervous about North Korea’s nuclear capability. This simple assessment betrays her lack of understanding of Northeast Asia generally and North Korea specifically. If the dark day comes when North Korean nuclear weapons are launched, almost certainly they would be directed at Japan or the U.S., not South Korea, which Pyongyang considers part of its own country and ethno-national family. Indeed, the threat Seoul faces from across the DMZ is in some ways less a military one than an existential one: a rival government claiming the same territory. For Van Susteren, it’s simply nukes. If we don’t attempt to understand both the complexities of the threats to South Korea or Seoul’s interests as an international actor, how can the U.S. hope to provide positive leadership regarding either?

This may have only been a Fox News blog post, but it dominated news search engine results for several days (it was published on a Friday) and was picked up by various news aggregators. Perhaps this prominent news anchor’s viewers and readers would be better served by a less blinkered explanation of U.S.-Korea relations.