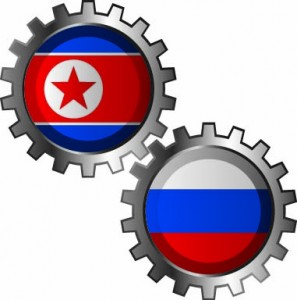 Observers from many countries have tried to analyze the breakthrough in relations between Moscow and Pyongyang that was reached at the August 24, 2011 summit. The Ulan-Ude meeting highlighted the commitment of both countries’ leaders to find a solution to the nuclear problem plaguing the Korean peninsula, and at the moment, the summit partners must be credited with considerable success. Kim Jong Il confirmed that North Korea is ready to return to the Six Party Talks, hoping they will commence without delay and without preconditions of any kind. Another key result produced by the summit is the Moscow-Pyongyang agreement to give a boost to the construction of a gas pipeline linking Russia and South Korea via North Korea.

As is well known, last summer Russian President Dimitry Medvedev tasked Russia with accelerating its integration into the process of Asia-Pacific economic cooperation. To achieve this goal, Moscow regards the Korean peninsula as an important beachhead. Therefore three large trilateral economic projects (the connection of gas pipelines, railroads and electricity networks) have risen to high priority. Naturally the summit decision to focus attention on the gas pipeline construction fits with Russia vital interests in the region.

Oddly enough, the reaction of some of Russia’s and Pyongyang’s Six Party partners to the warming of the relations between Russia and the DPRK has been far from positive. One gets the impression from critics that the agreement to launch joint Russia-DPRK naval exercises in 2012 focused on search and rescue operations was the only component of a massive package of recently sealed bilateral agreements. The chief of Russia’s eastern military district command Admiral Konstantin Sidenko signed the agreement last August in Pyongyang. It seems to have evaded Washington, Tokyo and Seoul that the objective that had once been of top priority to the remaining five Six Party Talks partners since Pyongyang opted out of the process—to bring North Korea to the negotiations table—was moved in a positive direction by Russian diplomacy, and that now is an opportune moment for the above three capitals to contribute to the recovery.

Instead, the US Department of State has expressed concern over Russia’s contact with North Korea on military affairs, stressing that it should not obscure the message sent by the international community to Pyongyang that its military programs are a problem and that it should get back to the Six Party Talks.

Policy analysts went even further and interpreted Moscow’s openness to joint semi-military exercises with North Korea as a step towards a new Cold War in Northeast Asia or an attempt to neutralize the influence of the United States, South Korea and Japan on the Korean peninsula.

These comments abound with outdated preconditions that North Korea is supposed prove its own serious intentions before returning to the negotiating process, even though Pyongyang brushed them aside with utmost clarity quite some time ago. During the inter-Korean foreign ministry level consultations held in Beijing on September 21, 2011, ROK representatives failed to move beyond the inflexible approach of requiring preconditions for reanimating the talks, and no progress towards reopening them was achieved.

It seems that Western analysts deliberately ignore the fact that the planned Russia-DPRK naval exercises are a small scale effort, purely humanitarian in nature, with no armaments involved, while the armed forces of the US and South Korea routinely run joint exercises, in many cases in direct proximity of North Korea’s borders, with tens of thousands of servicemen using massive arsenals that include artillery and missiles firing. It is very difficult to understand the logic by which the former case is a threat to stability on the Korean peninsula, and the latter—militant games of much greater proportions played by the US and ROK, which culminated in inter-Korean clashes last year—is a contribution to stability.

Yes, on one hand, the forthcoming naval maneuver is the unique event because it would be the first case in modern Russian history. Even in the Soviet era such maneuvers were quite rare. As is well known, despite the fact the Soviet Union and North Korea were formal allies, Pyongyang’s adherence to juche (some might call “exaggerated independence”) caused them to refrain from such close collaboration as joint military games. For instance, Navy cooperation between the two countries was, for a long time, restricted to supplementary areas such as hydrography. Only in a very late Soviet period, when bilateral relations warmed as a result of Kim Il Sung’s two visits to Moscow in 1984 and 1986, did the two sides break a 20-year hiatus of leaders’ summits and conducted joint naval exercises in 1986 and 1989.

On the other hand, we can consider the events scheduled for 2012 as bringing about a new (for North Korea) form of bilateral cooperation like friendly inter-state warships visits and exchanges, measures that Russia has commonly carried out with all countries in the region including the United States, South Korea, Japan and China. So in this regard, we can consider Moscow’s decision to conduct the aforementioned naval exercises as an attempt to engage Pyongyang in up-to-date universal international military cooperation practices as well as an initial step aimed at building confidence between the two.

It is also deplorable that certain circles in Japan and South Korea are ready to add to their grievances the gas pipeline construction plan discussed in Ulan-Ude. It is unfair to criticize a project clearly aimed at strengthening multilateral economic cooperation as somehow undermining it.

Moreover, the question of what the West’s priorities actually are naturally arises in the course of analyzing these responses to the Ulan-Ude summit, which are, by all means, positive from the standpoint of resolving the North Korean nuclear problem. The traditional axiom is that engagement and dialog are the optimal strategy if nonproliferation is truly at the core of the agenda, but attempts to isolate and pressure the other country to make the right choice are used if regime change is the end goal.

The West’s reaction to the easily readable Ulan-Ude signal to restart the Six Party Talks shows that its stated commitment to the goal and its actual intentions are worlds apart, and that the hidden agenda built around regime change in Korea is still in place. If this is the case, any initiatives helping Pyongyang—for example, those that draw it into negotiations or multilateral economic projects—are going to be met with resentment by the West.

Time will show how long the unrealistic expectation of a North Korean collapse and the groundless hopes that the country is inherently unstable will be casting a shadow over inter-Korean relations. In this respect, we should note growing skepticism from US and ROK experts over their governments’ positions.

This year, Russia, like China in the recent past, confirmed in practice its opposition to the isolation of North Korea and to excessively broad interpretations of the UN Security Council resolutions that authorize sanctions against the country meant to rein in its nuclear and missile programs. The view held in Russia is that, whatever the circumstances, sanctions should not hurt the civilian sector of the economy. This view, combined with Russia’s own national interests aimed at integration into an East Asian regional cooperation process, have led Moscow to decisively reach out to North Korea.