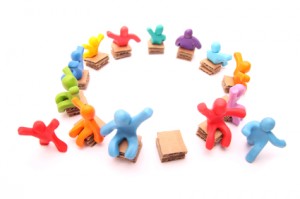 Kim Jong Un’s efforts to consolidate power continue 15 months after formally assuming the supreme leadership of North Korea. Evidence of his personal stamp can be seen in a series of senior personnel appointments made at the recent plenary session of the Korean Workers’ Party (KWP) Central Committee held on March 31, 2013, and the 7th session of the 12th Supreme People’s Assembly (SPA), the country’s unicameral legislature, on April 1.

Pak Pong Ju was elected to the Political Bureau replacing Vice Marshal Kim Jong Gak, a member of the military faction. Pak was the Premier (Prime Minister) from September 2003 to April 2007. Pyongyang watchers view him as a major reformer in the DPRK’s political and economic life, particularly since he presided over the implementation of a number of modifications to the country’s economic policies as Premier. In addition, Pak has close political ties to Kim Jong Un’s uncle and aunt—Jang Song Thaek and his wife, Kim Kyong Hui, sister to the late Kim Jong Il.

Gen. Kim Kyok Sik, who has served as the defense minister since November 2012, was elected an alternate, or candidate member, of the Political Bureau. It is worth noting that the previous two defense ministers served as full members of the Political Bureau. Prior to being minister, Kim was commander of a forward-deployed unit on the controversial inter-Korean maritime boundary—the Northern Limit Line—and was in charge of the units that may have launched the attack on the ROK naval corvette Cheonan and fired artillery shells on South Korea’s Yeonpyeong Island in 2010. He also served as military advisor to Kim Jong Il and Chief of the KPA General Staff from 2007 to 2009. Despite an illustrious military career, Kim was denied full membership to the Political Bureau in favor of government and party officials.[4]

Gen. Hyon Yong Chol, the Chief of the KPA General Staff, was also elected as an alternate member of the Political Bureau in contrast to his predecessor, Ri Yong Ho, who was a full member of the Political Bureau and its standing committee, the Presidium. Hyon received his fourth star as a KPA general in September 2010 in the batch of promotions that elevated Kim Jong Un to a general, indicating a close political tie between Hyong and the supreme leader.

Like Hyon, Choe Pu Il was elevated to four-star general (though later reduced in rank) in September 2010 and has both political and personal ties to Kim Jong Un. A member of the KWP Central Military Commission, he was also elected an alternate member of the Political Bureau at the March meeting, replacing Gen. Ri Myong Su.

Central Committee Departments formulate and implement the KWP’s political, economic, internal security and military policies; they make or regulate personnel appointments within the party, government and military; they also regulate the DPRK’s press, media and cultural institutions.[5] According to state media, at the March 31 Central Committee meeting, “upon authorization of Kim Jong Un, two department directors were replaced.” One change represents a shift in focus to the DPRK’s commercial economic development.[6] The other creates a new force to shape the public image of the DPRK more in line with the new supreme leader.

Paek Kye Ryong, previously party chief secretary in Kangwon Province, was appointed to replace Pak Pong Ju as Director of the KWP Light Industry Department. The Light Industry Department is in charge of a network of factories, owned either directly by the party or by Cabinet Ministries, which produce food, clothing and consumer goods. Paek’s previous position was in a province bordering the South Korea; he now directs the main commercial output of the DPRK.

Yun U Chol was appointed Editor-in-Chief of the KWP’s daily newspaper, Rodong Sinmun.[7] Yun has long been a fixture in the KWP’s Propaganda and Agitation Department (PAD), and his last known position was as deputy director of the Party History Institute.[8] He replaced Kim Ki Ryong, who was appointed editor at the 3rd Party Conference in September 2010. Such a rapid turnover may indicate that Kim Jong Un desires his own appointment for this position, bringing about a new message and image, not one initiated by his late father.

Figure 1. Comparison of the Korean Workers’ Party Central Committee in April 2012 and April 2013

When the Supreme People’s Assembly convened in its 7th session on April 1, 2013,[9] further clarity was provided on personnel changes made during the KWP Central Committee meeting. The SPA, among its eight agenda items,[10] also made several significant changes. According to KCNA, “some members of the Cabinet were relieved of their posts,” and their replacements were “appointed at the session.” KCNA did not, however, disclose the names of those Cabinet members.

Pak Pong Ju was appointed Cabinet Premier replacing the 84-year-old Choe Yong Rim, who despite his age, was very active, conducting dozens of site visits to factories, farms and construction projects as well as taking several trips abroad. Because Pak has a reformer’s reputation,[11] his appointment attracted a great deal of external media coverage.[12] Pak was politically resurrected in the summer of 2010 when he was appointed deputy director of the KWP Light Industry Department, and then promoted to director in April 2012. He is likely to be just as publicly active as his predecessor and his appointment could indicate the DPRK has formulated a long range plan for economic improvements.

Generals Kim Kyok Sik and Choe Pu Il were appointed as members of the National Defense Commission (NDC), the country’s supreme power organization. Gen. Kim is the defense minister, or Minister of the People’s Armed Forces, and was appointed to that post in November 2012. Gen. Choe Pu Il[13] was appointed as the DPRK’s top cop, the Minister of People’s Security, in February 2013. These appointments reflect the continued strengthening of Kim Jong Un’s influence since both are close supporters.

Secretary General of the Presidium

Hong Son Ok was appointed as the SPA Presidium’s Secretary-General, the first female ever to hold that position. She previously served as the SPA Vice Chairwoman and as the Vice Chairwoman for the Committee for Cultural Relations with Foreign Countries. Both jobs allowed Hong frequent contact with foreign delegations and travel abroad.[14] While Secretary-General is a largely ceremonial position, her appointment may point to a new emphasis on women as key players in the DPRK’s relatively male-dominated political culture. Her public profile might compare to the public duties of Kim Jong Un’s wife, Ri Sol Ju, who has greeted diplomats and other foreigners based in Pyongyang on at least three occasions. Additionally, Hong’s experience with foreign relations may represent a shift toward international openness of a different sort from the past.

Figure 2. The Korean Workers’ Party Political Bureau as of April 2013

Kim Jong Un continues a trend begun during his first year in office, replacing senior officials elevated by his father and appointing his own people to senior positions in the party and government. This new batch of personnel appointments show Kim flexing his political muscle, independent of his father’s influence. Important developments in this round of appointments are:

These personnel appointments make a great deal of sense in the context of Pyongyang’s declarations during the March 31 KWP Central Committee meeting and 7th Session of the SPA on April 1 that its economic policy will be modified by introducing systemic reforms while also continuing the development of nuclear weapons. This approach contradicts conventional wisdom that the DPRK cannot simultaneously develop both, although it may find it difficult to achieve these goals given financial and trade sanctions. Nevertheless, these appointments appear to be important steps in moving key economic development projects and production away from the control of the military to the party and government.

[6] According to DPRK state media’s report on the Central Committee meeting: “Forces should be directed to agriculture and light industry, key fields in building an economic power to improve and put on a stable

[7] Despite the fact that news items, editorials, essays and photographs that appear in Rodong Sinmun are subjected to the editorial and censor scrutiny of the Publications Guidance Bureau (controlled by PAD), the newspaper is considered one of the Central Committee Departments.

[10] Items for ratification by the SPA included “amending and supplementing some contents of the the Socialist Constitution,” “adopting the DPRK Law on the Kumsusan Palace of the Sun,” “adopting the ordinance of the SPA of the DPRK ‘On Consolidating the Postion of Nuclear Weapons State for Defense,’” and “adopting the decision of the SPA of the DPRK ‘On Setting Up the DPRK State Space Development Bureau.’” The SPA also heard a report on the work of the DPRK Cabinet during 2012, tasks for 2013 and reports on the budget during 2012 and establishing the budget for 2013.

[12] From 1994 to 1998, Pak was Kim Kyong Hui’s principal deputy when she served as director of the KWP Economic Policy Inspection Department. From 1998 to 2003, Pak served as Minister of Chemical Industry, until he was appointed to his first term as Premier in 2003. He was removed from office in April 2007. A self-made, modest man, by Pyongyang standards, when Pak was removed from office in 2007, “it is said that his belongings that were taken out of the Premier’s residence did not even fill up one small truck…this frugality…spoke well [of him].” (Mainichi Shimbun, August 15, 2010.)