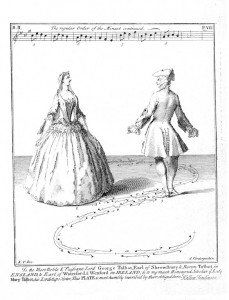 This is almost getting to be fun, right? Will they boogie, or won’t they? Pyongyang yesterday issued its response to the proposal in ROK President Park Geun-hye’s New Year’s press conference for family reunifications. Yonhap labeled the North’s answer a rejection, but that looks to be a little harsh. Where we are now is that neither side wants to be seen as shutting down this opening phase of offer/counter-offer. It was fairly certain (and Seoul may well have made its offer with this calculation in mind) that the North would not accept the South’s counter-proposal to Kim Jong Un’s suggestion that the two sides stop “slander.” Proposal-counterproposal, this is, after all, a game the two sides have played for decades. The rules are fairly well understood, the out-of-bounds markers clearly delineated. At this point, the ball appears to be still in play.

But how can that be, if the North turned down the South’s offer? A look at language and context reveals several interesting points. First, the language of Pyongyang’s reply, which came in a message from the Committee for the Peaceful Reunification of the Fatherland, is remarkably soft. Noting “with great regret” that there was no fundamental change in the South’s position, the message nevertheless tossed President Park a bone, characterizing her proposal for family reunions as “a good offer if it was prompted by its sincere good will to alleviate the pain resulting from division and improve the inter-Korean relations,” and noting that the North “was glad the south side proposed it.”

That’s not the language of rejection, especially when followed by an explanation in the CPRF message that a major problem was not the proposal itself but the timing, i.e., it butted up against a scheduled US-ROK joint military exercise. The bottom line of the message was a hold-that-thought formulation: “If there is no other thing happening in the south side and if the south side has intent to discuss the proposals of our side, too, both sides can sit together in a good season.” That certainly is not a blank check for the day after the exercises end, but it is very much in line with past precedents in which the North has signaled it was holding the door open for talks at a later date. That, of course, raises an interesting question of how Pyongyang intends to respond to the military exercises, and, indeed, whether Washington and Seoul have considered how they might respond if there are signs of North Korean restraint.

Beyond the language of the CPRF message, there have been in recent days several articles carried by KCNA meant to reinforce and amplify the positive message in Kim Jong Un’s New Year’s address on inter-Korean relations. An item on January 9 focused on Kim’s point on ending “slander,” stressing:

What should be settled ahead of others is to stop slinging mud at and showing hostility to each other … Slandering each other, which stems from feelings of hostility and distrust, will only escalate confrontation and antagonism between the north and the south, not helpful towards the bilateral ties.

The item went on to highlight specific instances in the past when the two sides agreed to stop slander, citing the July 1972 joint statement and other documents that “require both sides to stop slandering and restrain themselves from those acts of getting on the other’s nerves.” Though Kim only implicitly called for a new agreement on slander, the KCNA item was explicit that this would be an important first step: “It will be an important step for improving the north-south relations at risk and resuming dialogues and negotiations between them to stop slandering each other and getting on the other’s nerves.”

Also on the 9th, another KCNA item, picking up a theme in Kim’s New Year’s address, asserted that were war to break out in Korea, “no one will go unharmed.” Although some will read that as a veiled threat, it can equally be interpreted as a formulation in line with Pyongyang’s over the past year that it needs a peaceful environment for economic development. More to the point, perhaps, the formulation that war will harm everyone stands in contrast to another more aggressive slogan often used in periods of tension, that in a war, the North will sweep away the military demarcation line and reunify the country. Further contradicting that aggressive formulation, the KCNA article even took the astounding position that though it was difficult to endure the nation’s split, Koreans would rather have division than the “catastrophic disasters” of a war.

On January 8, another KCNA item recalled in unusual detail the achievements of past inter-Korean dialogue:

Dialogues between the north and the south turned into substantial ones producing good results for the interests common to the nation. Railways and roads which had been severed for more than half a century were reconnected between the two sides, bringing great delight to the nation.

Finally, also on the 8th, in yet another example meant to demonstrate how the North had actively pursued dialogue in the past even at the highest level, a KCNA item recounted, in detail, Kim Il Sung’s final days in early July 1994, preparing for a summit with ROK President Kim Young-sam.

Any real dialogue is still a long way off, but the dance that could lead to opening a dialogue has already begun in the proposals and counterproposals of the past nine or ten days. The idea, too often heard, that only actions matter while words can be dismissed as inconsequential is bogus. If words meant nothing, governments might as well remain silent, government press spokespersons would have to find real work, and editorial writers would be pounding the pavement. Particularly in the case of North Korea, public signals—read correctly and put into the proper context—are a valuable window into Pyongyang’s thinking. No one who understands that is naïve enough to think that everything (or anything) the North says should be taken literally. But policy often emerges first in changes in rhetoric, and to miss that is to turn a blind eye to the reality that this is how even a country like North Korea conducts its business.