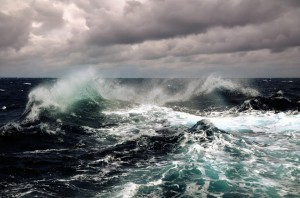 On July 1, having studied for all of 24 hours the June 30 DPRK National Defense Commission (NDC) proposal for another go at reducing tensions, Seoul rejected it in categorically and, surely not by accident, somewhat insulting terms. NDC proposals, at least in the view of the North Koreans, are not to be sneezed at, much less abruptly dismissed. Not everything in each NDC proposal may be equally weighty, but North Korean officials are constantly amazed, annoyed and aghast at how little credibility outsiders attach to these pronouncements.

The latest NDC proposal is to some degree in line with one released in January. The fact that the two are similar is useful, because what differences there are can be revealing—in both positive and negative ways. Unlike the earlier proposal, and especially because of the differences in context, the one on June 30 is a little more difficult to pin down. Is it, like the proposal in January, an invitation to the dance, or is it a challenge to a duel?

It is easy enough to dismiss the latest NDC proposal as maneuvering by Pyongyang in advance of Chinese leader Xi Jinping’s July 3-4 visit to Seoul. Well, why wouldn’t the North throw something into the pot at such a time? It’s a perfectly sensible thing to do, especially if it works. As usual, the North probably gamed things out to be ready no matter which way the South moved. By rejecting the proposal so quickly and cavalierly, the ROK may actually have acted according to one of the scenarios the North planned for. Pyongyang views President Park’s new national security adviser Kim Kwan-jin as exceedingly hard line and influential in the Blue House. It may well have calculated there was a better than even chance he would ensure that Seoul rejected the proposal out of hand. To probe what might be possible, however, the NDC proposal noted that next week would mark the 20th anniversary of Kim Il Sung’s signing “a historical document on the north-south summit” shortly before he died. Although short of a straightforward offer for a summit, recalling that Kim was preparing in detail to meet the South Korean leader cracks open a window, suggesting that in the right circumstances, Kim Jong Un might be prepared pick up where his grandfather left off.

The reason the current context is more disturbing than what surrounded the existed January proposal is that in his New Year’s address, Kim Jong Un had set the stage for a softer line and, potentially, had opened a window for contact. By contrast, in recent days, there have been a number of articles in DPRK media either asserting North Korean independence, warning South Korean President Park against snuggling up to China, or signaling Beijing not to imagine Pyongyang is unprepared for some rough times in relations if it comes to that. Not only that, this triad of messages was neatly packaged, wordlessly, in photographs of Kim Jong Un, standing alone in the dawn, watching two Scud missiles blast off over the East Sea. The North’s party newspaper Rodong Sinmun carried several photos of the Scud launches in its June 30 edition, which, hardly by coincidence, was the same day the NDC proposal was announced.

The NDC proposal contained two concrete offers, both to take effect at midnight on July 4—the 42nd anniversary of the North-South joint statement that had been issued at the time of President Park’s father, the dictator Park Chung-hee. The first proposal is for the two sides to go back to an agreement they had reached in February to cease “slander” against each other. The North suggested that although it was close to being a dead letter, the February agreement still had some life in it. The NDC implicitly admitted that the North was at least partially to blame for problems implementing the agreement, though it apportioned “the greater responsibility” to “the South Korean authorities.”

Figuring out who is to blame—either who was the first to resume “slander” or who was most egregious—is, in any case, a thankless task and a sure way to make sure there is no progress. A more fruitful approach is to decide whether or not to reset the dial and find a useful starting point to try to create an atmosphere for contacts. The South Koreans apparently have chosen not to see things that way but to make the argument that it was the North Koreans who broke the February agreement. More than that, in response to the NDC “courteously advising” the South not to take issue with Kim Jong Un’s line of simultaneously developing the economic and nuclear fronts, the ROK Ministry of Unification fired back the next day that “it is total nonsense” to advocate the creation of a peaceful atmosphere while the North has “refused to abandon its two-track strategy of developing its economy and its nuclear weapons program.” That may indeed be Seoul’s view—the question is whether it will turn out to be useful to be so confrontational in response to the NDC statement. The Chinese, for one, may not think so.

The second proposal was for the two sides to “totally stop all ceaseless military hostile acts in all areas along the line of confrontation including the hotspot waters in the West Sea of Korea from 00:00 of July 4.” The January proposal had also mentioned the West Sea, but without going into detail. This time, the NDC noted that its proposal “includes the issue of stopping the intrusions into waters being escalated by south Korean navy warships recently and the frequent firing of bullets and shells in the waters around the five islands.” It also included a “demand” (a clear step beyond “courteously advising” noted above) that the South “cancel” the upcoming US-ROK joint military exercise Ulchi Freedom Guardian. Ominously, it linked cancelling the exercise to the need to create the right atmosphere for inter-Korean exchanges “including the Inchon Asian Games,” which the North had previously announced it would attend. In the best case, that formulation merely implies that if the military exercise is not cancelled, the North will withdraw from the games. In a less happy scenario, it could signal that if the exercise is not cancelled, tensions in the West Sea will become so ugly that the games themselves will be in jeopardy.

As in the January proposal, the NDC suggested it was not opposing US-ROK military exercises per se if they were staged off-peninsula. The January formulation had called for the exercises to be held “in the secluded area or in the U.S. far away (emphasis added) from the territorial land, sea and air of the Korean peninsula.” The June formulation is slightly different, calling for the exercises to be staged “in the area and waters beyond (emphasis added) the territory of the Korean peninsula as already clarified by the DPRK.” That might be a distinction without a difference, but there is no way of knowing without someone asking a knowledgeable DPRK official.

In a curious assertion, the June NDC proposal claimed that, “Many neighboring countries desire joint exercises with the Korean People’s Army recently, but it will never move with foreign armies in the air, waters and land of the DPRK, complying with their requests.” It’s possible, one supposes, that China may have offered small scale exercises along the border or in the Yellow Sea in part to reduce the fire under Pyongyang’s nervousness about US-ROK exercises. More likely, however, it is the Russians who are nosing around on the peninsula with thoughts of sending more than their military band, which recently participated in a joint march through the streets of Pyongyang. From time to time in the past—notably in the 1980s when Sino-DPRK relations were in a rough patch—the North Koreans have bent their prohibition against joint military activities with foreign forces and publicly welcomed elements of the Soviet navy and air force.