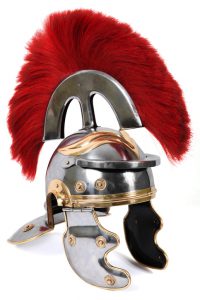 It must be morbidly amusing for the gods of war to hear members of the Obama administration tell the newcomers in Washington that they need a “strategy” to deal with North Korea. After all, painful has it might be for many people to admit, President Obama had no strategy on the North Korea issue. The reason he told Donald Trump that among his biggest problems would be the growing North Korean nuclear and missile programs is because for eight long years the Obama administration’s badly conceived approach failed completely to deal with the issue.

As they buckle on their greaves and adjust their plumed helmets, the gods may be less amused and more curious as to why the Trump administration would pick up where the Obama administration left off. That approach not only failed to halt the North’s nuclear and missile programs, it left the way clear for Pyongyang to continue and even accelerate their development. That includes increasing the arsenal at a metronome pace of enough new fissile for another weapon every six weeks. Click-click-click. Doing more of the same, even with more elbow grease, would not seem to be a recipe for protecting vital US national security interests. Yet that is what is now being done, with seemingly little understanding that the sound growing louder every day as we float down this river is from the falls, beyond which there will be no turning back.

These are intelligent people in the new administration who reviewed the policy. Then why would they choose to pick up an approach littered with failure and moving inexorably toward disaster? Could it be that the hypnotizing myths of the previous 16 years still cripple judgment? Are the vaunted products of the billions of dollars spent on intelligence still being misread? What about the claim, repeated and echoed endlessly, that the past 20 years of diplomacy have failed?

Perhaps that is a key, this pernicious myth of the failure of diplomacy. How could it be said that diplomacy failed over the past 16 years when it was not really tried? During the Obama administration, diplomacy was, at best, crippled and episodic; during the Bush administration, it was a tortured, and sometimes bastard child. These were wasted years, and the time wasted cannot be recovered. On that Secretary of State Tillerson is absolutely right—it is the failures of those years that led us to the perilous place we stand today.

What did not fail, however, was the diplomacy from 1993-2000. That period is barely understood by those who simply consign it to the same trash heap as the failures of the Bush and Obama administrations. That is a fatal mistake; it haunts us today and will haunt us even more tomorrow. To so misread the accomplishments of diplomacy of those years is to slam the door on probably the only course that will lead us away from the disaster we are facing now.

The critics will say that the period from 1993-2000 was a failure because the North “cheated,” that is, it began a clandestine program for an alternate path (uranium enrichment) to building the bomb. In the late 1990s when that information arrived on desks in Washington, it was not seen as a failure of diplomacy. It was recognized for what it was: a serious development to be dealt with soberly and rationally to save the gains already made and to keep open the way for additional progress to stop and eventually dismantle the North’s nuclear weapons program. By 1999, the heart of the North’s fissile material production facilities at Yongbyon—the country’s nuclear center—had been frozen for five years; the rest lay in rusting ruins. No bomb fuel was produced after 1994 when the US-DPRK Agreed Framework was signed, and IAEA inspectors were continuously at Yongbyon to make sure. The plutonium the North had produced prior to the 1994 agreement was under IAEA supervision. And in September 1999, after negotiations, the North agreed to a missile launch moratorium. What happened next? Simply and starkly, the Bush administration came into office in January 2001 hostile to the agreement. In the 24 months after that, diplomacy did not fail. It was murdered most foully.

We will not today be able to recapture what negotiations achieved 23 years ago. Too much has changed. Yet to kick aside diplomacy because of a gross misunderstanding of history is a grievous mistake.

Let us not mince words, or use a vocabulary that masks the reality. The slippery word “kinetic” does no one any good. Another war on the Korean peninsula will be violent on a scale never before seen. In 1994, when we approached the brink of war with North Korea once before, estimates were the cost would be a million casualties (military and civilian) and a trillion dollars. If anything, war in Korea has become more lethal and more, much more, costly in terms of blood and treasure. It will certainly destroy the sacrifice of half a century by the South Korean people to rebuild from the last war. It will rip apart Northeast Asia. Another war in Korea will be the ultimate failure.

And for that, the gods of war are waiting.