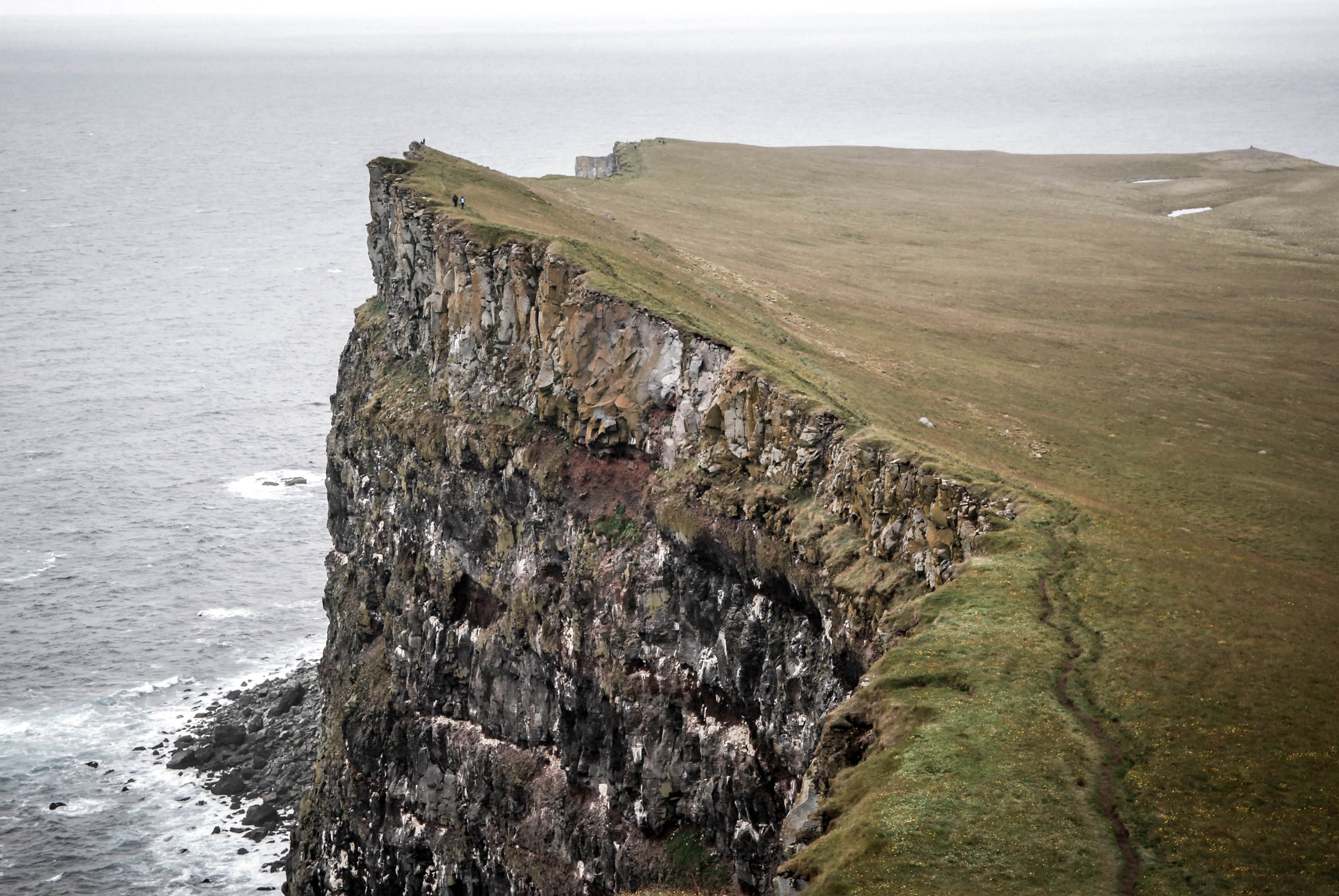 The summit preparation between North and South Korea appears to be proceeding at a brisk pace.  The only thing that could slow it down would be South Korean insistence on discussing denuclearization as a priority, but this seems unlikely.  Instead, any discussion of this issue is likely to take place within a broader framework that also includes bilateral issues (e.g., family reunification, renewed tourism and economic ties) and long-term peace and security on the Korean Peninsula. But a bilateral agenda is rich enough to make the summit a success, and on the denuclearization issue, Kim may just repeat he wants it but will discuss with the US instead, and Moon should be wise enough not to push it further.

The same cannot be said of the US-DPRK summit, and that is a cause of real concern. As yet, no viable concept for US-DPRK dialogue has emerged, in large part because the Trump administration’s planning is based on four questionable presumptions. First, it was sanctions and pressure that have compelled Kim to the negotiating table. Second, at the Trump-Kim summit, the North Korean leader should present a clear plan for swiftly implementing complete, verifiable, and irreversible denuclearization (with a close deadline, like within a year). Third, the campaign of “maximum pressure” should be maintained until North Korea meets its denuclearization obligations. And fourth, the US should use military force to achieve this outcome if this “peaceful” method does not work.

Among these presumptions, the one concerning denuclearization is the most dubious, simply because the meaning of the word is understood differently by North Korea and the United States and other parties who at some point would be involved in negotiations.

The North Koreans have a much more comprehensive understanding of “denuclearization.” Kim Jong Un reportedly told South Korean envoys last month that he’s for denuclearization of Korean peninsula (including the South), and reaffirmed during his recent trip to China that: “It is our consistent stand to be committed to denuclearization on the peninsula, in accordance with the will of late President Kim Il Sung and late General Secretary Kim Jong Il.” This formula was again repeated by Foreign Minister Ri Yong Ho during his recent visit to Russia.

But this is hardly anything new. North Korea has repeatedly stated that denuclearization is a global concept and Pyongyang will relinquish its nuclear weapons in the context of complete and general nuclear disarmament. They have told Russian experts that for years, the DPRK was the only country in Northeast Asia without a “nuclear umbrella,” but now the situation is one of “equality” and they are ready to solve the problem amicably within a regional framework.

That raises the second caveat about the North’s definition of denuclearization. It has stated that it could only agree to denuclearization of the Korean Peninsula (and the neighboring areas) if its security is guaranteed, and it is up to North Korea to decide how and when this condition has been met. As Kim said to China’s national press agency Xinhua: “The issue of denuclearization of the Korean Peninsula can be resolved if South Korea and the U.S. respond to our efforts with goodwill, create an atmosphere of peace and stability while taking progressive and synchronous measures for the realization of peace.” This phrase was conspicuously absent in North Korean publications. If such “measures” are, for example, to include withdrawal of US forces and denouncing US-ROK alliance, that would be clearly unacceptable.

My recent meetings with North Korean government representatives indicate they are seriously preparing for the dialogue and probably have developed a plan that would involve concessions and compromises based on the principle of action-for-action. However, the Trump administration does not yet appear to have a clear roadmap in mind, apart from the blunt demand of “denuclearize or else.” There is danger that without a proposal of its own to put on the table, the US might get caught flatfooted against at more prepared Pyongyang. If the summit ends up as a failure, then the United States and North Korea may go back to where they were before the North launched its peace offensive in early January.

Can Kim Jong Un and Donald Trump reach an agreement that would reduce tensions and the risk of war? Kim may be bold enough to use the unique chance of meeting the sitting US President—a first in the history of these two countries—to declare the “end to war”  and preparedness for CVID, thus catching the US off guard and throwing the ball into Washington’s court. However, it is more likely that a US ultimatum on CVID will derail the meeting and the two leaders walk away from the summit as erstwhile enemies.

Similarly, the parties could just refrain from discussing nuclear and security issue in detail and instead agree on a public relations outcome that would enable each country to declare “victory” to its respective audiences. This could, for example, take the form of two summit “deliverables.” First, a joint declaration on peace and security on the Korean Peninsula based on previous statements and commitments by the two countries—such as the 1994 Agreed Framework, the Communiqué of Oct 11, 2000 that resulted from a White House meeting between US President Clinton and DPRK Vice Marshal Jo Myong Rok’s (North Korea’s then-“second man” in charge), and the Joint Statement of the Six-Party Talks of September 19, 2005.[1] Second, a mandate from the two leaders to their negotiators to work out the “details” to allow for what would be a protracted negotiating process, providing more lasting relief from tensions.

Proceeding in phases once this process begins will be key to reaching meaningful agreements. The United States and North Korea can reach incremental but significant agreements based on verifiable and irreversible mutual concessions, though falling short of complete denuclearization. The  experience of US-USSR (Russia) strategic arms limitation and then reduction talks might be useful reference on this matter, as North Korea presumes it negotiates from the positions of strategic parity with the US (in the immediate neighborhood at least).

For example, in the initial phases, North Korea could agree to:

In return, the US would agree to replace the 1953 Armistice Agreement with a peace treaty, formally recognize the DPRK, negotiate a comprehensive peace regime for the Korean Peninsula, limit anti-DPRK military activities, reduce and eventually lift the sanctions, and provide economic and energy assistance to the North. The exact sequencing and timing of these measures would, of course, be the result of intense discussions.

But where should the two sides begin? The trigger for the crisis, which erupted last year, was mostly North Korean success in acquiring an ICBM capability that could directly threaten the continental US. If the Trump-Kim summit ended in declaring a moratorium on both the testing of North Korean nuclear weapons and ICBMs with the goal of eventually eliminating this class of missile altogether, Trump could declare that he had done away with the North Korean threat to the US homeland.

Pyongyang may be prepared to accept these constraints because Kim believes he now has an adequate nuclear deterrent to US threats of preventive attacks, invasion and regime change—and because he had been successful in securing a summit meeting with a sitting American president. This, in Kim’s mind, is a de facto recognition of North Korea’s nuclear status.

To reciprocate, the United States would agree to place limits on military exercises, lift some unilateral sanctions and refrain from introducing new punishments as part of the US campaign of “maximum pressure,” pledge an end to the US hostile policy toward North Korea, set up a permanent communication channel (and maybe liaison offices in the two capitals) and agree to the goal of concluding a peace treaty.

That can start a lengthy action-for-action process, which seems to be the only possible way to solve the North Korean nuclear conundrum. The result may be a regional security system in the form of a mutual defense treaty (or a number of bilateral treaties) with participation of the four big powers (US, China, Russia and Japan) under UN supervision. However if a realistic roadmap is not be prepared, this chance for sustainable peace will be lost again.