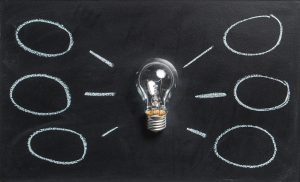 In a previous piece for 38 North, I drew attention to the serious—and understudied—potential for a North Korean nuclear accident and explained why regional cooperation on nuclear safety might provide an opportunity for a diplomatic breakthrough with Pyongyang. Now that such a breakthrough seems to have occurred independently, this follow-up piece offers several concrete suggestions for moving this process forward as part of a package of confidence-building measures (CBMs).

Tailoring CBMs to the Korean Peninsula

The first lesson of CBMs is as follows: If trust does not exist on the ground, it cannot be imposed from the top down. There is a litany of broad agreements, on the Korean peninsula and elsewhere, which have collapsed or fizzled out due to a lack of mutual trust at the working level. For that reason, it is necessary for high-level declaratory agreements to be coupled with ground-level confidence-, trust-, and transparency-building measures, which are critical to shoring up any top-level diplomatic progress.

In recent months, talks with North Korea have yielded two broad agreements—one at Panmunjom and one at Singapore—and much of the focus has been on defining the term “denuclearization.” While President Trump appears to interpret this phrase literally, the North Koreans use it to reference a process which addresses their broader security concerns, thus eliminating the need for nuclear weapons.

North Korea is not going to denuclearize as long as Kim Jong Un continues to believe that his regime faces an existential threat. To that end, CBMs will be required in order to build trust between the two sides: to convince the United States and its regional allies that North Korea is willing and able to stick to its international commitments, and in turn, to convince Kim Jong Un that no one is out to “Gaddafi” him.

These CBMs will come in all sorts of shapes and sizes, but the most high-profile will be those which are security-focused, such as the rumored South Korean proposal for North Korea to redeploy its long-range artillery away from the DMZ. If eventually implemented, this would constitute a significant breakthrough in reducing tensions. However, security-focused suggestions like these will surely prompt challenging negotiations; North Korea is not going to give up any pieces of its deterrent (conventional or nuclear) without demanding reciprocal measures from the United States or its allies.

A different category of CBMs—those emphasizing scientific and technical cooperation—would be much easier to negotiate and implement, as they would not involve significant concessions from either side. Given longstanding concerns over the safety of North Korea’s nuclear reactors, this seems like an ideal place to start.

Working together to combat the threat of a nuclear accident would be a constructive staging ground for establishing a tentative confidence-building relationship. Avoiding a nuclear accident is in the mutual interest of both North and South Korea (and the entire region), and the nuclear safety issue offers several jumping-off points for ground-level measures which meet the criteria for CBM best practices.

Suggestions for Scientific and Technical CBMs

A 2007 report authored by researchers from the Stockholm International Peace Research Institute (SIPRI) and the Center for Security Studies (CSS) at ETH Zurich offers suggestions for Korean CBMs that emphasize cross-border apolitical initiatives, focusing on scientific research and nuclear safety procedures.[1] As precedent, the report cites joint North and South Korean attendance at IAEA-sponsored regional training courses on safeguards and physical protection in 2000 and 2002. Additional precedents can be found for US-DPRK scientific collaboration: throughout the 2000s, scientific collaborations between Syracuse University and Kim Chaek University of Technology eventually blossomed into the US-DPRK Scientific Engagement Consortium in May 2007. Additionally, a delegation from Stanford University, led by Dr. Siegfried Hecker, visited North Korea’s Yongbyon nuclear complex in 2010—ultimately concluding that the 25-30 MWe Experimental Light Water Reactor currently under construction would not meet standards for safe operation upon its completion. Scientific exchanges like these are no longer allowed by the United States, following the Trump Administration’s September 2017 decision to prohibit all travel to North Korea using a US passport (although there are waivers available for trips “in the [US] national interest”).

The SIPRI/CSS report offers a particularly interesting suggestion for renewing North Korean scientific collaboration with its regional adversaries: using Sweden’s healthy diplomatic relations with the DPRK to promote study visits at European Atomic Energy Community (Euratom) facilities.[2] This initiative could be especially useful if the DPRK refuses to work with the International Atomic Energy Agency (IAEA), which has previously been labeled an American “puppet.” Dealing with the DPRK by circumventing the IAEA is certainly an unpalatable course of action in Western capitals; however, it is perhaps unrealistic to expect that the DPRK can be coaxed into working with the IAEA, at least in the near future. A bilateral deal may be the best—and only—option to engage with the DPRK on nuclear safety issues at this point in time.

To that end, the report offers another option for ground-level collaboration: visiting exchanges between North and South Korean nuclear scientists from Yongbyon and the Korea Atomic Energy Research Institute (KAERI), respectively. These visits would likely be kept as apolitical as possible, primarily focusing on risk assessments, waste disposal or storage, safety culture and similarly technical issues.

These apolitical initiatives could follow the technical guidelines of the Sendai Framework for Disaster Risk Reduction (DRR), a UN project designed to foster scientific cooperation in recording disaster-related data. As Dr. Danielle Stodilka, a Senior Fellow at the Canadian International Council and trainer for the Sendai Framework, expressed to the author, “The DPRK has issued statements at the 2017 Global Platform for Disaster Risk Reduction to the effect that cooperation in science and technology is important for the implementation of the Sendai Framework for DRR. As the framework is voluntary and non-binding, states can exercise their right to disclose information as they deem appropriate.” Dr. Stodilka also noted that:

“the DPRK appears to cooperate at its own discretion, on a case-by-case basis, with some western scientists (such as volcanologists). There is no doubt that their government scientists also cooperate, to some extent, and share information related to natural or anthropogenic hazard assessments with peers from neighboring states. These would be examples of confidence-building measures to manage and reduce disaster risk for itself.”

Fostering a technical relationship between North and South Korean scientists could prompt future opportunities for enhanced scientific collaboration—perhaps a joint research venture following the unique example of the Kaesong Industrial Complex.[3] As the SIPRI/CSS report suggests, “An important benefit of a joint [research venture] is that it would create a framework within which North Korean nuclear scientists and engineers would be offered new projects and research topics to occupy their skills in non-military areas.”

Crucially, the North Koreans must be made to feel like they are an equal partner in these CBMs; both sides must take ownership equally. A successful model for such measures is the 1988 Joint Verification Experiment between the United States and the Soviet Union. The JVE offered scientists from both sides an unprecedented opportunity to observe nuclear tests at each other’s test sites—and more importantly, a chance to observe each other. Following the Nevada test, the leader of the Soviet scientific team said: “I always dreamed of seeing how U.S. experts work at the Nevada Test Site. I can tell you they are excellent experts, very friendly, very warm people. We have cut a window into their hearts as well.” Similarly, following the Semipalatinsk test, an American scientist said: “I imagined Soviet people in an absolutely different way. Now, as we become familiar with people, I can’t imagine how we could start a war with each other. Now I see they are people just like us, and they can do the same things.”

Once a comfortable ground-level relationship like this has been built, more ambitious and top-down agreements can be eventually pursued. The DPRK signed two high-level conventions—one relating to early warning procedures in the event of a nuclear accident (INFCIRC/335), and another relating to emergency response in the event of a nuclear or radiological emergency (INFCIRC/336)—immediately after Chernobyl. North Korea might see a benefit in reaffirming and implementing these basic safety principles, in order to demonstrate its stated commitment to nuclear “responsibility;” however, without first laying the requisite groundwork, such reaffirmations would likely remain superficial.

The Process is the Product

When it comes to building trust, timing is absolutely critical; picking the wrong moment or overreaching could cause the entire process to collapse. However, there is no better moment for engaging in scientific and technical CBMs than right now. Top-level engagement is at its historical peak, which has yielded two broad declarations committing to cooperation; it is now time to shore these commitments up with lower-level initiatives designed to establish mutual trust and transparency.

Confidence-building measures are generally understood to be a means to an end, not an end in themselves. As President Moon acknowledged in early January, there is little point in pursuing “…talks for the sake of talks.” However, nuclear safety CBMs have a somewhat different character. Any initiative designed to reduce the risk of a North Korean nuclear accident is inherently beneficial, irrespective of its broader contributions towards regional diplomacy. As a result, these CBMs have value as both process and product—and could, therefore, play a constructive role in future negotiations.

The views expressed in this article reflect those of the individual author and do not represent the views of NATO or its member states.