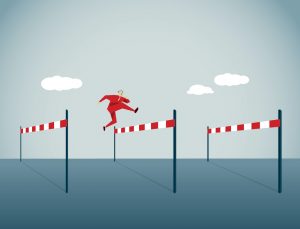 In a few hours, South Korean President Moon Jae-in flies to Pyongyang for his third meeting with North Korea’s leader Kim Jong Un since April. After only two North-South summits during the past 17 years, three heads of state meetings in five months sets a brisk pace indeed.

Given the stalled state of the parallel US-DPRK negotiations, what can be accomplished at this third Moon-Kim summit? It will be hard to match the achievements of the first summit in April. Like the subsequent Trump-Kim encounter in Singapore which Moon helped broker—and steadied at his second, emergency meeting with Kim in May—the Panmunjom Summit was a brilliantly planned spectacle: its every detail redolent with symbolism and all crafted for TV.[1]

But that is where the similarity between these two parallel summits ends. Trump and Kim signed only a thin joint statement in Singapore, committing the two sides to a common agenda but almost no concrete steps on how to achieve those lofty goals. By contrast, the Panmunjom Declaration has heft. Three times as long, it contains 13 sub-clauses, many with deadlines, covering a wide range of specific processes or projects related to building peace and prosperity on the Korean Peninsula.

Unlike some past inter-Korean accords, notably 1991’s stillborn agreement, there have already been swift and steady movements on both sides to begin implementation of the Panmunjom Declaration.[2] Sports exchanges and joint teams, family reunions, surveys on relinking roads and railways, military talks—all of these have begun, if with mixed results so far.

It is true that much of this agenda revives forms of interaction seen during the “sunshine” decade (1998-2007) rather than breaking fresh ground. That is still good, even if not new. Other aspects are innovative: far more frequent—dare we now say, regular?—summits, and a permanent inter-Korean joint liaison office in Kaesong, headed by vice-ministers and inaugurated on September 14. Both of these developments suggest a will from both sides for a cumulative advance to replace the ups and downs of the past.

That is certainly Moon’s aim. As he said in a recent interview: “The plan is to make enough progress…[this year] so the process cannot be reversed.” Concretely, he seeks a formal end to past hostilities, such that there can “never be another war on the Korean Peninsula.”

Proclaiming peace, as Moon and Kim have already done at Panmunjom and will doubtless do again in Pyongyang, is easy. But what weight does it carry? Legally, despite nationalist chagrin on the peninsula, formal supersession of the 1953 Armistice by a peace treaty cannot be a matter for Koreans alone. The US (strictly the UN) and China must be involved as signatories to the 1953 Armistice, plus ideally others.

Beyond involving the appropriate parties, however, it is important to remember that “…any agreement can be easily nullified,” as the North Korean website Uriminzokkiri recently warned—a timely reminder of Pyongyang’s ethics. Given the DPRK’s record as a repudiator, it is hard to see why declaring peace exercises so many: positively in Seoul, or negatively in Washington.

Deeds count more than words. The Panmunjom Declaration’s security emphasis raised hopes—down came the loudspeakers and hotlines were restored. But then what? Military talks have yielded nothing concrete so far, only hints of further measures, such as disarming the Joint Security Area (JSA), cutting guard posts in the Demilitarised Zone (DMZ), and joint searches for MIA remains there. Yet no news is not bad news. A major military agreement has reportedly been drafted for Kim and Moon to announce together in Pyongyang.

Declaring peace, however, is only meaningful if married to actions that truly ease tensions. The three items above are a start, but small beer. A West (Yellow) Sea peace zone, agreed in 2007’s summit but never implemented, would be far more substantial. And how about pulling back North Korea’s heavy artillery from the DMZ? ROK premier Lee Nak-yon flew that kite in June, but his defense ministry says this is not on their agenda. Why not?

Substance, as opposed to mere gestures, is hard enough to achieve between the Koreas. But Moon also seeks irreversibility, setting the bar higher still. It is hard to see how he can deliver that, for three reasons—two beyond his control, and one within his power but which unfortunately, he is mishandling.

In a democracy where governments come and go, to make policy change irreversible requires bipartisanship. South Korea has never had that towards the North, and Moon’s approach is not helping. Mending fences even with other progressive parties, much less conservatives—on the ropes since Park Geun-hye’s debacle—is not his style. So how can he hope for parliamentary ratification (arguably inappropriate) of the Panmunjom Declaration, when his Democratic Party lacks a majority and he has made no serious efforts at outreach?

With his own popularity plunging for other reasons, Moon urgently needs to build domestic consensus for his Nordpolitik—as Willy Brandt and his successors did for their Ostpolitik. Otherwise, once the North starts costing South Koreans money, as it soon will—the ROK’s Ministry of Unification (MOU) spending will nearly double next year, mostly on rebuilding the North’s roads and railways—not only will Moon face obstacles in the National Assembly, but voters already disillusioned by his handling of the economy may also turn negative on North Korea policy. In that context, MOU’s latest wheeze—pitching the North as a new growth driver for the ROK economy—appears high-risk indeed. In any scenario, costs will outweigh gains for many years.

That still leaves the two factors beyond Moon Jae-in’s control. To adapt his own favorite metaphor of putting the ROK in the driver’s seat on peninsular developments, what Moon has actually become is a chauffeur. He persuaded two ornery, sparring dudes to get in and take a ride together: no mean feat. But this unlikely bromance has already begun to wear thin. Who is in charge? Do these guys agree where the limo is, or should be, headed and the best route to get there?

With US President Donald Trump, there is really no knowing what will happen. Given the president’s unpredictability, flattery may only get Moon so far (it is getting Kim a lot further). For the inter-Korean process to keep moving forward, at some point Moon—or maybe even Trump—needs to convince the “adults in the room,” in the White House and elsewhere, to cut their ally some slack. Beyond the nuclear issue, the two Koreas have their own vast, multifaceted agenda. They should be free to pursue this as this would be good for building peace.

For instance, next time Seoul asks, the UN Command should not stop a Southern train from crossing the DMZ to start the work of surveying and, yes, rebuilding North Korea’s decrepit railways. Relatedly, it is time to bite the bullet and rethink sanctions. Retreat is bitter, especially with a grinning foe who has made minimal concessions. But we have to get real: “maximum pressure” is over. Even those in Washington who regret that should think hard, before picking a fight with their Korean ally for seeking to shift onto a more positive path.

With China and Russia unabashedly expanding economic intercourse with the DPRK, how does it serve US or western interests to stop South Korea from getting in there too? ROK firms are forming task forces on opportunities in the North. Moon’s 200-strong entourage going North includes a business contingent, among them is Samsung’s Lee Jae-yong. How is this not good?

The final factor Moon Jae-in cannot control is Kim Jong Un, and indeed North Korea more broadly. Moon is taking a big chance, as well he knows. Two energies drive him: his deep commitment to engagement—last time he visited Pyongyang was for the 2007 summit, as chief of staff to then-President Roh Moo-hyun—and steely determination, honed by last year’s crisis, that South Korea must never be in peril from war fever fanned by others. Yet despite all he has done to increase Seoul’s leverage, the fact is such safety can never be guaranteed. Trump is an alarming new twist, but the main and abiding problem remains the other Korea.

Unambiguously, it was right (indeed long overdue) for Moon and his people to meet and get properly acquainted with Kim Jong Un and his inner circle, if only on the basis of “know thine enemy.” Ignorance is not bliss. Democracy in the South and mortality (not all natural) in the North mean both sides have new leaders and cadres, so ties forged in the “sunshine era” no longer suffice.

After intense months of meetings at many levels, Moon and his government have gained a sense of what business can be done with Kim (and vice versa). Whatever this week’s summit produces will enable the rest of us to form our own judgments. Depending on how substantial or radical its outcome proves to be, the spectrum of interpretative possibilities is wide.

At the benign end, might Kim be like Spain’s Juan Carlos? Franco thought he had left fascism in safe hands, but the young king turned out to be a secret democrat. That hope alas seems far-fetched in this case. More plausibly, the latest Kim is a skillful chip off the old block, running the family firm in slightly new ways because survival in a changing but still hostile world requires this.

That does not mean no middle ground exists. Kim’s desire for economic development appears serious. Having failed to paint the DPRK into a corner, a better bet is to try going with that grain and seek to integrate it into the global economy. This may be a very long shot, but South Korea has a leader willing to take that chance. He deserves encouragement and support.

He must also keep his powder dry. The risk of dealing with North Korea is not just about the regime’s chronic untrustworthiness, which will take years of behaving better to overcome. A quite different and underrated concern is how far any new process depends on the Kim Jong Un himself: not just his will, but also his mortality. Kim could rule for another half-century or given his visibly unhealthy state, a heart attack might claim him much sooner. What then for his realm—or for inter-Korean ties, or indeed peace and stability in northeast Asia? All bets would be off.

Bracketing all that, by the end of this week, we shall see whether inter-Korean ties are moving up a level. If they are, or even if they aren’t, faute de mieux Moon Jae-in should be given the chance to make what he can of the new North-South relationship which he has striven so hard to create. Not only is South Korea entitled a priori to hew its own path, but as of now, that looks the world’s best, or maybe only, chance to get a grip on this thorniest of problems.