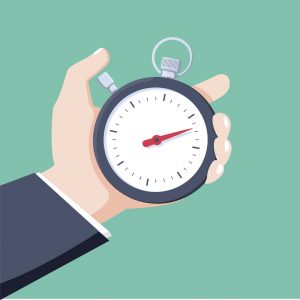 After a lengthy, six-week silence, Pyongyang finally weighed in again with extended criticism of Washington’s stance regarding US-DPRK talks, using what appears to be an authoritative-level article, written under the name of Jong Hyon and carried by the official Korean Central News Agency. The article appeared only three days after the Treasury Department announced sanctions against Choe Ryong Hae—Korean Worker’s Party vice chairman, Politburo Presidium member, and vice chairman of the State Affairs Commission, which DPRK officials say is in charge of negotiations with the US. Though the Jong Hyon article did not mention this latest development, it surely rankled Pyongyang, a fact made clear in a statement by the policy research director of the Institute for American Studies (IFAS) of the Ministry of Foreign Affairs of the Democratic People’s Republic of Korea a few days later.

The Jong Hyon criticism of US administration officials was noticeably harsh, but still careful to toe the line in not attacking anyone by name. The broadside at “a brazen faced guy” who “had amicable negotiations” with the DPRK side, but back home talked about a “rogue state” and “maximum pressure” was unmistakably aimed at Secretary of State Pompeo, who has visited Pyongyang several times. Personal invective against the other side’s officials, especially leading figures on its negotiating team, marks an unpleasant moment but is not an insurmountable barrier. Pyongyang can reverse itself in its public estimation of individuals when it wants. Comment issued in the name of the Foreign Ministry tends to shy away from personal invective, and the IFAS piece, though singling out the Secretary of State—by position but not by name—left out the harsher characterization of the secretary.

More crucially, unlike DPRK criticism over the past five months, the Jong Hyon article did not soften its rhetorical barbs by suggesting that the administration was not so much at fault itself but only wavering under fire from the political opposition, or that US politics was behind Washington’s policy misdirection. The last Jong Hyon article, on October 20, had left the administration partially off the hook by noting that “we are aware of the ‘embarrassing situation’ and ‘awkward position’ of the White House with the November off-year election of U.S. Congress just ahead.”

This time the criticism was aimed squarely at the administration. Significantly, the article adhered to what is obviously top-level guidance and stopped well short of any criticism of the president himself, though it did not indicate continued “trust” in him, as some North Korean comments had done a few times before. The IFAS statement took up the task of portraying the president as standing on the right side of the issue, noting that he “avails himself of every possible occasion to state his willingness to improve DPRK-U.S. relations.” The State Department’s stance, it noted pointedly, was “far from the statements of the president.”

Overall, despite its criticism, the Jong Hyon article did not characterize the situation as moving in a dangerous direction, complaining only that things were, in effect, stuck in the mud. It blamed that state of affairs on the failure of the US to respond positively to already announced North Korean actions or decisions on the denuclearization issue. Jong Hyon did credit the US with at least some positive movement, noting that “a high-ranking US official” (i.e., Vice President Pence) had recently said the US “would not demand” a North Korean declaration of its nuclear and missile programs as a precondition for the second US-DPRK summit. It claimed that the US had withdrawn the demand for a DPRK declaration “after understanding its unreasonable and impudent nature,” but then added that this could not be considered “a carrot given to the DPRK,” especially since such a declaration would have been essentially “urging the DPRK itself to specify the coordinates for a strike.”

The “stalemate” description in the Jong Hyon article is important. It is meant as a signal that the current situation, while stuck, may not yet be sinking into the danger zone, and implies that the North can hold its nose and live with things as they are a while longer. Thus, the article did not have to contain any threats. Perhaps the closest it came was in claiming that it has been a year since “tens of millions of Americans suffered from the horrible nightmare of a nuclear disaster every night and bustled around in despair after mistaking a meteor from the nocturnal sky for a ballistic missile from north Korea”—a dark reminder of where the situation had been and, perhaps unspoken, where it might be again. The December 16 IFAS statement also recalled the more dangerous situation last year—curiously stating that period had been “marked by exchanges of fire,” but took the next step and explicitly revived the possibility of a “deterioration of the situation that might be incurred” by US “hostile actions,” warning that it will “block the path to denuclearization on the Korean peninsula forever.”

Rather than issue such threats, the Jong Hyon article ended somewhat uncharacteristically on a couple of upbeat notes. It asserted that the DPRK “hopes” the US will “reach the place where the DPRK has already reached” and that it is “waiting with patience” to see the US “come to its senses” on this issue of sanctions and pressure which, it underlined, were incompatible with improving US-DPRK relations. Not surprisingly, both Jong Hyon and the IFAS statement agreed on the bottom line, that the way forward was for the US to take “step by step” measures responding to those taken by the DPRK. The IFAS statement repeated a standard Foreign Ministry line that action should start by resolving what is “feasible.” Jong Hyon was content to invite Washington to “join the DPRK in efforts for improved DPRK-US relations.”

“Patience” has been a note Pyongyang has struck ever since the US-DPRK Singapore declaration in June. At some point, the North could revive a tougher theme: that there is “a limit” to its patience. But to do so now would raise the specter of an evolving crisis, which apparently Pyongyang does not yet want to do. Although the IFAS article adopted a somewhat more threatening tone, with no reference to “patience,” it was written in the first person, thus allowing Pyongyang to claim that these were the views of a relatively low-ranking official.

By contrast, the Jong Hyon article is more authoritative, and its assertion that the North “will wait with patience,” coming only two weeks before Kim Jong Un’s New Year’s speech, may be calculated—if nothing else untoward happens in the meantime—to give Kim room to take a similar approach, critical of Washington but still suggesting the door remains open to progress between him and the US president.