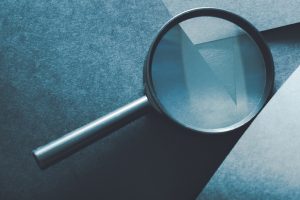 President Trump and North Korean leader Kim Jong Un have now agreed to meet for their second summit late next month—perhaps in Vietnam. The announcement from the White House was a welcome shot in the arm to a diplomatic process that has been stuck in neutral since Trump and Kim’s first summit in Singapore last June. Shortly thereafter, US Special Representative Stephen Biegun met for the first time with his North Korean colleague, Vice Foreign Minister Choe Son Hui, presumably to nail down the agenda for the upcoming summit. Negotiations, or at least the prospects of a more stable diplomatic process, are being reinforced by preparatory work behind the scenes.

This is why the substance and timing of the latest report from the Center for Strategic and International Studies (CSIS), entitled Undeclared North Korea: The Sino-ri Missile Operating Base and Strategic Force Facilities, is regrettable. Like previous CSIS studies on this facility, the report creates a misleading narrative about North Korean motives, intentions and actions at a time when the brittle US-DPRK diplomatic process is struggling to gain altitude. Even more disturbing than the report’s central thesis of North Korean deceit and deception is the media narrative surrounding its release. With on-air reporters speculating about Pyongyang’s deception, the American people are being led to the premature—perhaps even unwarranted—conclusion that Kim Jong Un is up to his old tricks and that diplomacy with North Korea is at best a waste of time and at worst a trap he is laying to take the president to the cleaners.

Rather than fall down the rabbit hole of conventional wisdom, it would be far more advisable to take the latest CSIS report for what it is: an interesting, descriptive compilation of satellite imagery that nonetheless reaffirms what we already know: North Korea possesses an extensive network of missile bases, many of which have been maintained and operated for decades. Indeed, the CSIS authors acknowledge that the Sino-ri operating facility the North Koreans supposedly hid from the world has been in existence since at least the 1960s. The study vividly details the deployment of a FROG-7 battalion in the 1970s, a deployment of a Hwasong-5 missile unit to the facility in the 1980s, and subsequent construction improvements in the 1990s.

What CSIS calls “undeclared” and “undisclosed” is actually far less newsworthy than meets the eye. Just because Pyongyang has not declared a specific missile operating base to the international community does not mean US or South Korean intelligence agencies are unaware of the facility or what may be going on inside it. The Nuclear Threat Initiative, a nonproliferation research organization in Washington, has known about Sino-ri since 2003; if the North Koreans had hoped to keep this facility secret, they have done a terrible job in concealing its existence—even though they probably have figured out when American spy satellites have eyes on the facility.

We have seen this movie before: a respected American think tank publishes satellite imagery of supposedly devious conduct at a North Korean missile facility; hawkish experts in Washington use the report to make specious judgments to fit their preconceived notions about the futility of diplomacy with North Korea; and the news media breathlessly and reflexively airs the images as if they were an Adlai Stevenson moment. The less-exciting truth—that South Korean officials have been monitoring these North Korean missile facilities for years—is often ignored.

The Sino-ri study and the hype it has produced tells us more about the national media’s sensationalist proclivities than it does about North Korea’s ballistic missile capacity. The mainstream narrative about the DPRK—that it is a sinister force out to use the cover of diplomacy to hoodwink the US—is deeply held by most American officials and US experts on North Korea (and perhaps understandably so given the nearly seven decades of overt hostility between the US and the North). American media outlets such as the New York Times, the Washington Post, CNN, and NBC have a tendency to report every obstacle, walk-back or utterance from a North Korean official as both a national security crisis and incontrovertible proof of North Korean perfidy. Think tank reports about continued North Korean missile activity are presented as something new, dangerous and deeply detrimental to the ongoing diplomacy.

In reality, the fact that Pyongyang is operating a missile program and enlarging facilities and ensuring their upkeep is not new, surprising or especially dramatic—particularly considering the history of other countries taking pains to keep their military programs away from the prying eyes of foreigners. Indeed, from the vantage point of North Korea—a weak state surrounded by exponentially wealthier and more powerful neighbors with limited leverage to play with during a negotiation with the United States—it is perfectly logical for Kim Jong Un to avoid being unconditionally transparent. Full disclosure would mean pulling the rug out from underneath your own feet or throwing a pile of your chips on the center of the table before the first hand is dealt.

Instead of blithely accepting the shop-worn conventional narrative, public and expert opinion should focus on the facts. While they warrant pessimism, they are also essential to comprehending the current state of play on North Korea nuclear weapons and denuclearization talks.

First, despite media accounts and official US statements to the contrary, Kim Jong Un has yet to put his name on a formal denuclearization agreement with the United States. The accusations about Kim breaking a deal he signed with Trump are misleading and inaccurate. Kim signed no such deal, and he certainly did not commit himself to declaring his missile program or suspending missile work. While CSIS scholar and former Bush administration official Victor Cha may be technically accurate in claiming that “North Korea is not supposed to have these ballistic missile bases” under numerous United Nations Security Council Resolutions, the word “missile” does not appear a single time in the Singapore Summit statement. North Korea watchers would all do well to remember this when they see a headline, television segment or op-ed charging North Korea with deliberately stonewalling the negotiations or reneging on its promises.

Journalists and experts inside Washington continue to interpret the June 12 Singapore statement as some kind of binding accord that lays out a list of concrete, verifiable nuclear and missile concessions that Pyongyang is mandated to meet on an airtight implementation schedule. This interpretation has gained considerable traction, but it rests on a disingenuous attempt to make the Singapore statement a far more historic document than the vague statement of political intentions it is. Contrary to conventional wisdom, Pyongyang has not violated its commitments to the United States because Kim has yet to formally agree to any.

The real, substantive negotiations have yet to begin, and those monitoring developments between the US and North Korea should not delude themselves into believing that they have.

Second, while many scholars and researchers in Washington think tanks continue to view US-DPRK talks with outright cynicism, the US foreign policy community would be wise to see the US through Kim Jong Un’s eyes to better understand how this man in his mid-30s is approaching the talks. Viewed through Washington’s lens, Kim’s unwillingness to deliver a full, thorough and honest declaration of the North’s nuclear and missile facilities is evidence of deception and a country that is not negotiating in good faith. From Pyongyang’s perspective, however, handing over such a declaration to the Americans up front and unilaterally disarming without securing concrete sanctions relief and ironclad security guarantees in return would be irrational and self-defeating diplomatic malpractice. If US officials are clamoring for a formal declaration of the Sino-ri missile base (or any other element of the North’s nuclear and missile infrastructure) they better be willing to pay handsomely for it. With a small amount of chits in their grasp, Pyongyang is not going to give anything up free of charge.

Finally, the authors of the CSIS report make unrealistic demands on North Korea, noting that “while diplomacy is critical and should be the primary way to resolve the North Korean nuclear problem, any future agreement [with the North] must take account of all of the operational missile base facilities that are a threat to U.S. and South Korean security.” Rather than engage in pie-in-the-sky thinking, the authors should acknowledge the considerable compromises both sides will need to make if the US and North Korea hope to conclude a durable and mutually-agreeable denuclearization-for-peace deal. Eliciting North Korean concessions on the nuclear file will take far greater skill than merely issuing ultimatums or demands; indeed, success will be illusory without the United States matching North Korean nuclear concessions with equally significant economic, diplomatic and security rewards in return.

CSIS’ latest briefing on the decades-old Sino-ri missile operating base is a valuable piece of work for the arms control community. But it is not breaking news that should put American negotiators in a tizzy. The next Trump-Kim summit should not be derailed on the basis of innuendo, old news and tendentious arguments. The media should adjust the chyrons at the bottom of the television screen before the headlines get any more baseless.