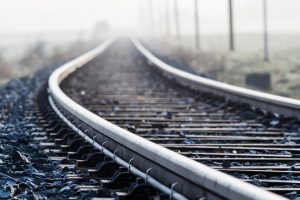 While speculation over the purpose of these railcars has focused heavily on the past appearances around the time of reprocessing campaigns to extract plutonium for nuclear weapons (last observed in March 2018), it is important to note that they can serve a number of purposes other than transporting radioactive materials.

One such purpose is to transport reagents (acids) or solvents used at the Radiochemical Plant or other facilities at the Yongbyon complex. For instance, specialized railcars can be used to transport vessels of uranium containing liquid from uranium milling facilities extracted by heap leaching. These types of vessels have been seen on a few occasions at the building housing the solvent extraction and uranium dioxide production at the fuel fabrication plant.

Similarly, it is possible that the Yongbyon “Isotope Production Plant” is engaged in various aspects of uranium conversion (from yellowcake up to UF6), to provide the feed material necessary for uranium enrichment. This process would require acids (hydrofluoric), production of fluorine, and other chemicals to complete the conversion process, which would be delivered to the facility via specialized railcars as well.

At the moment, it is impossible to reach unambiguous conclusions about which function the specialized railcars observed at the Yongbyon complex actually serve. However, other observable indicators of reprocessing—such as smoke coming from the Radiochemical Laboratory Thermal Plant’s smokestack or vapor from its cooling tower—have not been spotted.