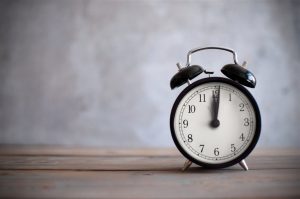 Ignoring Bing Crosby’s advice to accentuate the positive, Pyongyang has latched onto what it portrayed as the negative in April 24 remarks by US Secretary of State Pompeo. In an April 30 statement released by KCNA, First Vice Foreign Minister Choe Son Hui zeroed in on the Secretary’s remarks that if US-DPRK dialogue breaks down, the US would have to “change paths.” The remainder of Pompeo’s remarks available in public at the time were positive about what the two sides had accomplished in Hanoi, repeating a standard US position that there would be a good path ahead “if” DPRK leader Kim Jong Un makes a “fundamental strategic calculation” on denuclearization.

Choe’s response appears to reflect a sense in Pyongyang that Washington is not yet taking seriously—or worse, is directly contradicting—Kim Jong Un’s assertion in his April 12 address to the Supreme People’s Assembly that the US must make a fundamental decision to change its calculation on how to approach US-DPRK relations, and it must do so by the end of the year.

Kim speech, though loaded with qualifiers and dour observations, was noticeably more positive about the possibility of renewed talks with Washington than the tone of Choe’s statement would suggest. Kim did not specify the consequences if his end-of-year deadline is not met, noting only that, “We will be patient and wait till the end of this year to see whether the United States makes a courageous decision or not, but it will obviously be hard to get a good opportunity like the last time again.”

By contrast, Choe’s statement referred to “undesired consequences,” and apparently in response to what it had painted as the Secretary’s threat to use military means, ended ominously, warning, “We are well aware of the road we are to follow but we are merely holding back our decision because we have provided the time frame for the U.S.”

A slightly lower level blast at Pompeo had been issued on April 18 in the name of the head of the Foreign Ministry’s Department of American Affairs. That criticism had also focused on remarks by the Secretary of State that, in Pyongyang’s view, misinterpreted Kim Jong Un’s warning on the end-of-year deadline. Rebutting the view that by the end of the year the two sides merely had to conclude working-level talks, this earlier statement asserted that, “The meaning is that the U.S. should get rid of the root cause that pushed us into a nuclear state and obstacles on the way to denuclearization by its own hands; otherwise no one can predict how the situation on the Korean peninsula will turn out.”

Over the past year, there has been a noticeable change in the format for authoritative DPRK Foreign Ministry commentary on the US, away from the decades-old practice of issuing statements in the name of the ministry itself and increasingly to statements—again, specifically ones on US-DPRK matters—in the name of individual, high-level Foreign Ministry officials. The new format began last May, with statements in the name of then-First Vice Foreign Minister Kim Kye Gwan and then-Vice Foreign Minister Choe. Initially, those appeared in the thinly veiled guise of personal remarks. Subsequently, the statements from individual officials have appeared in an official-sounding format, “answering KCNA.” In some respects, the new format may have allowed Pyongyang to expand the range of its official comment, to include not only vice foreign ministers but also a step down at the level of department director-general. The last traditional Foreign Ministry-type statement on US-DPRK matters appeared in July 2018. There have been four standard “Foreign Ministry spokesman answering KCNA” statements so far this year, but all of them have been focused on non-US issues.