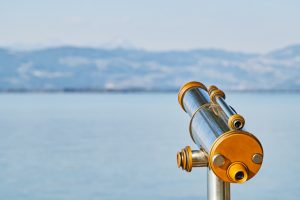 The failed Hanoi Summit and deteriorating diplomacy in its aftermath have provoked many reactions: despondence over the collapse of denuclearization negotiations; exasperation at the leaders’ insistence on personal chemistry and unprepared summits; forced hope that high-level discord augurs well for working-level progress; and fear of a return to the tensions of 2017. Smart, experienced people have outlined ways to make diplomatic progress. They have traced the flaws in the current process, identified weak links in the negotiating teams and their positions, discussed best practices from functional areas of expertise and drawn lessons from the history of diplomacy (both with North Korea and other countries).

These analyses all provide important insights. But it is also useful to look at the North Korea challenge through the other end of the telescope: what does the case of North Korean nuclear proliferation in general, and in particular the consequences of the failed Hanoi Summit, teach us about other nonproliferation and arms control challenges? Under the Trump administration, Washington is not acting in conformity with what should be the most obvious conclusion drawn from denuclearization negotiations with Pyongyang: avoid incentivizing more North Koreas. Instead, it is setting the conditions for additional proliferation headaches at a time of great fragility of nonproliferation and arms control regimes.

The common denominator among reactions to Hanoi is that disarming nuclear-armed states is extraordinarily hard—much harder, in fact, than preventing proliferation by determined states in the first place. Indeed, South Africa is the only state to have developed and then relinquished nuclear weapons, and even then it took regime change from an apartheid government to African National Congress rule. Ukraine inherited nuclear weapons on its territory when the Soviet Union collapsed in 1991, but it took three years of bargaining before the government agreed to return the weapons to Russia. Given Russia’s recent revisionist dismemberment of Ukraine, Kyiv (Kiev) probably wishes it had retained a deterrent capability. This underscores the incentives for states with nuclear weapons to keep their arsenals.

One might dismiss these observations as obvious; everyone knows “an ounce of nonproliferation is worth a pound of disarmament.” But if it is so obvious, then one must ask: why is the US doing so much to further the conditions for future nuclear proliferation scenarios like North Korea?

The US has abrogated the Joint Comprehensive Plan of Action (JCPOA) with Iran, which would have prevented Iran from acquiring nuclear weapons for at least 10-15 years; begun withdrawing[1] from the Intermediate-Range Nuclear Forces (INF) treaty (a pillar of nuclear and conventional stability in Europe); and, as part of a massive nuclear force modernization program, restarted production of low-yield (LY) nuclear warheads for submarine-launched ballistic missiles (SLBMs). Due to discrimination difficulties, these LY SLBMs both raise the likelihood of nuclear first use and incentivize other states to engage in a low-yield nuclear arms race in order to match potential adversaries on the escalation ladder. Rumblings in Washington are growing that the New START treaty—which limits deployed US and Russian nuclear warheads and strategic missile launchers, as well as establishes an inspection and monitoring regime—will not be renewed in 2021. In sum, the Trump administration is undermining the international nonproliferation regime, arms control and the norm of nuclear non-use (the “nuclear taboo”). Taken together, these actions may incentivize other states to develop, acquire and/or upgrade nuclear weapons precisely when rebarbative diplomacy with Pyongyang should be an object lesson for Washington to do as much as possible to minimize incentives for nuclear proliferation and upgrading existing nuclear capabilities.

There is no shortage of candidates who could become interested in proliferation over the medium term and have the technical means to develop nuclear weapons. The first place to imagine nuclear breakout is in difficult neighborhoods containing nuclear powers (or that have them nearby). Iran is the foremost example, as its nuclear weapon ambitions are linked in part to creating a credible deterrent against the regional nuclear capabilities of the US and Israel. The JCPOA was intended precisely to freeze (and even partially roll back) Iran’s program, and the torturous negotiations to that end were, in degree of difficulty, second only to those with North Korea. Currently, Iran continues to uphold the essential obligations covered under the JCPOA, but US withdrawal has given it cover to resume its nuclear program, notably uranium enrichment, which it has threatened to do by July 2019 after announcing recently that it was suspending compliance with other provisions of the agreement. The closer Iran gets to a workable nuclear device, the more its case will resemble that of the North Korean nuclear negotiations.

Of the many reasons to be concerned about Iranian proliferation, one of the gravest is that Tehran’s nuclear ambitions provide incentives to other regional states to acquire nuclear weapons. Saudi Arabia, Turkey and Egypt are the chief candidates. For Saudi Arabia, this is no mere speculation: the government has publicly stated that Iranian acquisition of nuclear bombs would, “without a doubt,” cause Riyadh to develop its own nuclear deterrent. The kingdom is already investing in both nuclear technology and the requisite human capital that can propel it towards the status of a latent nuclear weapon power. It has recently signed a new civilian nuclear energy deal with Washington, which has agreed to let it purchase reactors that could provide a source for future plutonium reprocessing. Even more troubling is the fact that the Trump administration agreed to the deal despite the absence of a 123 Agreement (a nuclear cooperation agreement that is de rigueur for all such partners), even though Saudi Arabia has explicitly refused to include a prohibition on uranium enrichment in any future 123 Agreement it may sign with the US.

As for Turkey and Egypt, they represent a lower proliferation threat, but, given the regional balance-of-power dynamics attendant to a nuclear Iran and Saudi Arabia, Ankara and Cairo would closely examine going nuclear. Egypt already has some nuclear know-how from a previously abandoned nuclear weapon program, while Turkey, nominally a North Atlantic Treaty Organization (NATO) ally of the US, has decreasing trust in the US and NATO (whose extended deterrence theoretically provides Turkey with reasons not to develop nuclear weapons), as well as a nuclear power agreement with Russia (indicating its willingness to opportunistically find partners for its nuclear activities).

Not all potential proliferators are rogue or authoritarian regimes. US allies Japan and South Korea could quickly develop nuclear weapons as well, under the right circumstances: elevated nuclear threats from North Korea and/or China, diminished credibility of or abrogated US extended nuclear deterrence, pro-nuclear weapons governments, and shifts in popular opinion toward nuclear weapon programs. This set of conditions is currently unlikely, but hardly impossible. If the US were to deploy intermediate-range nuclear-armed missiles in the Asia Pacific (e.g., in Guam), as well as LY SLBMs integrated into warfighting plans, then there could be a domino effect starting with aggressive Chinese and North Korean force posture changes and increases in nuclear weapon development, which could cross threat thresholds leading to Japanese and South Korean proliferation, especially if US extended nuclear deterrence were no longer considered credible. The same logic applies to Taiwan, which had a Cold War nuclear program that ultimately was quashed by the US. In such a scenario the US might retain enough leverage to prevent proliferation by its allies, but this would by no means be guaranteed.

North Korea as a nuclear problem case goes beyond the fact that it possesses nuclear weapons, but rather how it plans to use them; its strategy, speaks to an important consideration about the international community’s current problem with nuclear nonproliferation, arms control and the taboo on nuclear use. North Korea likely has developed nuclear weapons to give it greater freedom for coercive activities on and around the Korean Peninsula, and certainly for deterrence. But as a part of that overall strategy, Pyongyang has developed a nuclear posture and doctrine that integrate nuclear weapons into warfighting plans (Pyongyang’s recent tests of an Iskander-type missile, which is potentially nuclear-capable, is a reminder of that).

North Korea’s nuclear ambitions appear to go beyond nuclear deterrence to include developing an asymmetric response to conventional inferiority (e.g., an escalate-to-de-escalate strategy) and the possibility of an adversary’s attack aimed at overthrowing the Kim regime (e.g., a preemptive response to a decapitation strike). North Korea is not alone in adopting this type of nuclear doctrine and posture, as other nuclear states—including the US—also have increasingly integrated nuclear weapons into their warfighting strategies, even as a response to events in conventional warfare. Currently only China and India have explicit “No First Use” policies, and their credibility is questionable.

Needless to say, this latter pathway is not popular in contemporary Washington, and the default option will be to turn to sanctions and other forms of coercion to prevent proliferation. But the track record of this approach is not very good. To wit, I was talking recently with a prominent former US government official whose mandate was North Korea. This person remarked—lamented even—that the current US presidential administration, and its predecessors, have been unable or unwilling to impose sanctions on North Korea severe enough to decisively change its behavior and push it towards denuclearization (or, further back, to prevent its proliferation in the first place). This was the case for several reasons: North Korean efficacy in circumventing sanctions; fear of antagonizing China; bureaucratic difficulties in enforcing sanctions in the US and elsewhere; and the sheer difficulty of imposing the US will on a country that sees nuclear weapons as the ultimate guarantee of regime security and national survival. In other words, coercive diplomacy is very hard, and not very effective, because it does not take place in a vacuum, but rather competes with other state interests. This is why we do not see coercive diplomacy in an all-out form very often. Nuclear states, such as North Korea, are an extreme example of this reality.

The JCPOA decision, US resumption of production of LY nuclear warheads for SLBMs, US withdrawal from the INF treaty, and the Trump administration’s likely decision to let New START expire create conditions for more North Koreas. Perhaps the US believes the trade-offs are worth it—that the erosion of the institutional and balance-of-power bulwarks against nuclear proliferation by more states is outweighed by the perceived value of punishing Iran and fielding modernized US nuclear forces against China or Russia. But let there be no mistake: additional proliferation will mean that we will experience the limits of coercive diplomacy more frequently in the future.