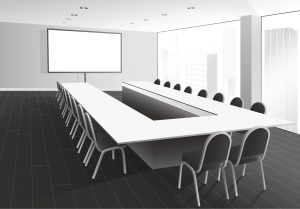 It’s August. Everything is slower in Washington than during any other month of the year. Perhaps that’s why we are hearing so little about developments in relations between the United States and North Korea. True, the North continues to test non-long-range ballistic missiles, perhaps to remind us that their threat is still there, and the president continues to diminish the significance of those tests, perhaps for the opposite reason. And the US and South Korea just finished a round of joint military exercises, which elicit protest from North Korea no matter how scaled down they become. Then, of course, there is the political-diplomatic backdrop to the US-DPRK protracted confrontation: the awful relations between the United States and China and Russia and the strained relationship between South Korea and Japan, which is even worse. Moreover, as best we can tell, not only do prospects for the improvement in this situation seem poor, but nobody in Washington appears to be really seized with the issue, actively and effectively working to improve things.

Those of us who have served in government, like those who have not, often wonder if something important but secret might be going on even in August, news of which will be shared with us in September. Maybe. But if not, we need to face up to the possibility that we may be heading for a year like 2017, when many of us thought that rhetoric was getting out of hand and that we might have been one long-range missile test away from “kinetic activity,” perhaps even a second Korean War. While that trajectory would be bad, a return to this situation in a presidential election year might well make it worse. The president may not actually have a nuclear button on his desk, but he apparently does have a thermostat, which has allowed him to dial up—and down—nuclear tensions in Northeast Asia, and nobody should have any reason to think he is above “wagging the dog,” if it suits him politically.

All this is to say that the sane course has been clear for a long time, and certainly since the February fiasco in Hanoi: Working-level diplomats need to work out the first substantive steps to address Washington’s concern about denuclearization and Pyongyang’s interest in some sanctions relief and progress toward normalization of relations, including a signal that the US is serious about offering credible security guarantees to the North. Of course, it would be especially helpful if any working-level agreement survived a summit, the new normal venue for US-DPRK agreements that matter.

Interestingly, the substance here is not very interesting. The North Korean foreign minister held a press conference after the Hanoi Summit describing exactly which sanctions the North wanted and expected to be lifted. Some subset of that list might be appropriate. And a list of potential moves in a process of normalization has been generated by many in Washington, Seoul and undoubtedly in Pyongyang, so half the deal is easy to describe. As for substantive moves by the North, the US has apparently been clear about the need to address fissile material production capability and stockpiles, among a list of other capabilities that would need to be addressed over time. This may not actually be easy, but as they say, it’s not rocket science either.

The only path to progress in reducing the risk of war and building peace and security on the peninsula is a step-by-step negotiating process with each side making reciprocal and parallel concessions. The president’s all-or-nothing approach has given us nothing, except the promise that things will get worse in the new year.

There are other international crises brewing in which the US has a stake—the Middle East and South Asia come to mind—so paying attention to Northeast Asia now would seem a prudent course. Unlike so many other problems facing the president, foreign and domestic, this one seems particularly open to his intervention to shape and even, possibly, resolve. Let’s hope he tries soon.