I never miss a chance to listen to my old friend and colleague, Evans Revere, when it comes to North Korea. In his recent piece, he asserts that the Democratic People’s Republic of Korea (DPRK) is in severe economic straits.[1] If the Biden administration is to have any hope of achieving the goal of North Korean denuclearization, it has to move now to impose sanctions far more severe than any that have been tried before. As he writes,

…if the U.S. policy goal is still the denuclearization of North Korea, then it is time to try an approach that, by shaking the foundations of the DPRK economy, intensifying Pyongyang’s international isolation, drying up its foreign exchange, pressuring its military, and taking advantage of its current difficult economic straits, could convince the North Korean leader to either change course or put his regime at risk.[2] 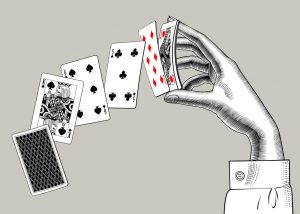 Revere envisions a multi-faceted policy of maximum pressure beyond that pursued by the Trump administration in 2017. If one accepts the premise of the article that North Korea’s economy is in parlous shape, the military, diplomatic and economic components of the policy Revere proposes would amount to the most serious effort to topple the North Korean regime since the first year of the Korean War. My bottom line: His foundational assumption is untethered from his policy prescription, and international conditions would not permit the prescription to be implemented.

It is beyond my area of expertise to evaluate Revere’s critical assumption that the North Korean economy is on the rocks. However, I feel rather certain he is wrong in attributing that condition in part to sanctions, because the DPRK—with a lot of Chinese assistance—has developed workarounds to the most painful sanctions.

COVID-19 and the regime’s response to it is another matter; by most accounts, Pyongyang has shut down international commerce and reasserted central control at the expense of economic performance. It may well be that this reaction has done what years of United Nations (UN) and US sanctions could not do—put the North Korean economy on the ropes. As a practical matter, therefore, any discussion of draconian sanctions today is irrelevant. North Korea has sanctioned itself far more effectively than we could ever manage. There is, according to Revere, no international trade, and thus there are no sanctions to enforce or evade. This situation, of course, is temporary. But the regime and the North Korean population have ridden out many such emergencies. The harsh sanctions Revere proposes would not be able to maintain pressure on the North after the passing of the pandemic.

Reality Is a Stubborn Thing

If we were in the diplomatic environment of 2016-2017, Revere’s proposal would merit consideration. Starting in March of 2016, the United States achieved considerable success in pushing increasingly painful sanctions resolutions against the DPRK through the UN Security Council. The Obama and Trump administrations also had similar success in gaining international acquiescence to additional sanctions imposed by the US government, Republic of Korea (ROK) and Japan. The key to this success was China’s frustration with North Korea’s provocative nuclear and missile tests and its fear of a military reaction by the Trump administration. Those days are gone.

There is insufficient international support for any tightening of sanctions on Pyongyang. By 2019, the People’s Republic of China (PRC) was openly violating sanctions, and China and Russia were obstructing any meaningful sanctions work in the Security Council and the Sanctions Committee. The Moon administration in Seoul is far more interested in sanctions relief to facilitate engagement with the North than in increasing pressure on Pyongyang. When Revere talks about creating a coalition of the willing to impose draconian sanctions on Pyongyang now, it wouldn’t take more than one hand to count the willing—and those countries would not include the players that matter for effective sanctions.

The United States government has at times managed to create effective “coalitions of the unwilling” through the use of secondary sanctions, threatening sanctions against third parties that were severe enough to coerce them to toe the US line. The best example of this was the effort to pressure Iran into the Joint Comprehensive Plan of Action (JCPOA) during the Obama years. That worked because major players like Russia and China thought the goal of the campaign—containing Iran’s nuclear program through diplomacy—was in their interests. The failure of the Trump administration’s effort to use secondary sanctions to coerce an unwilling international community to crush the Iranian regime when the US withdrew from the JCPOA should serve as a caution to those seeking to repeat the process on the Korean Peninsula.

There is no chance of getting China’s support for Revere’s proposal to create regime-crushing sanctions on North Korea. Preventing state failure in a bordering communist state is a vital interest to the Chinese Communist Party. Beijing will not agree willingly, in New York or on the ground, to any use of secondary sanctions, no matter the cost to it or the global economy. There may be situations in which China could be bullied by secondary sanctions, but not when the objective is to finish off the North Korean regime unless it surrenders. China will do whatever is necessary to keep any US pressure from genuinely threatening the survival of the regime.

This is the reality: The United States cannot recreate the international environment for the effective sanctions we had in 2016-2017, let alone move to a more draconian, regime-breaking level.

Based on Revere’s own analysis, we already have the pressure points we need. North Korea’s economy is shut down and hurting now. A deal that generated some sanctions relief would be more valuable now than it will be after the pandemic. Nonetheless, it is unlikely to be a deal that leads to full denuclearization any time soon, and there is little chance of that deal emerging until conditions change fundamentally on the peninsula. Rather than pursue an unrealistic objective, the Biden administration could use this moment to make the existing sanctions regime more credible. Cracking down further on North Korean cryptocurrency operations is a good place to begin; they can reduce the cushion the DPRK’s sanctions evasion techniques have created for the regime and would not require the US to upend diplomatic relationships in East Asia. And they would also create a more credible sanctions regime than the one that existed in 2019, making sanctions relief in the coming months more attractive to Pyongyang.

The international context is unfavorable for implementing Revere’s prescription. Moreover, in any case, the Kim regime, in extremis, would rather starve its population than give in to the sort of crushing pressure Revere advocates. There is a chance, however, to close the kind of deal advocated in these pages recently, one that offers some sanctions relief for a freeze or halt to specific, verifiable actions by the DPRK.