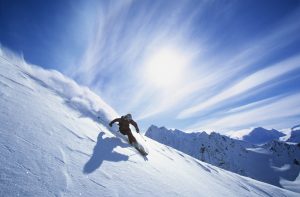 After silence from Pyongyang about the Biden administration’s newly announced North Korea policy, Kim Jong Un had appeared to nudge open the door to diplomacy during a recent party meeting. However, Washington’s characterization of those remarks as being only “interesting” quickly received two authoritative-level statements that make clear Kim was not signaling plans for immediate engagement, especially not without something more concrete from Washington than repetition of vague policy formulations. The statements—the first by Kim’s sister, Kim Yo Jong, on June 22, and the second by Foreign Minister Ri Son Gwon the next day—were carefully composed not to say “no” to the idea of dialogue in general, but rather to warn the US not to lean too far forward on its skis.

In his report to the Plenary Meeting of the Workers’ Party of Korea (WPK)’s Central Committee on June 17, Kim Jong Un had reportedly “stressed the need to get prepared for both dialogue and confrontation” with the United States. Specifically, he:

“…made detailed analysis of the policy tendency of the newly emerged U.S. administration…and clarified appropriate strategic and tactical counteraction and the direction of activities to be maintained in the relations with the U.S. in the days ahead.”[1]

Kim’s comments appeared to signal that dialogue was in the cards. However, the lukewarm reaction from the Biden administration to this attempt by Kim to proffer a picture of an olive branch, if not the branch itself, appears to have fallen short of what Pyongyang judged to be the appropriate next move. National Security Advisor Jake Sullivan’s answer on ABC Sunday Morning may have struck the North as slightly patronizing—in Pyongyang’s view, one does not call major remarks by Kim Jong Un merely “interesting”—and still too focused at this point in the step-by-step process on only “denuclearization.” Ambassador Sung Kim’s formulation in Seoul that the US was ready to meet “anywhere, anytime without preconditions” is one Pyongyang didn’t like when then-Secretary of State Colin Powell used it during the Bush administration, and probably doesn’t like it now. To the North, it sounds like a challenge rather than an invitation, and is all about process with no hint of substance and no expectation of results.

Kim Yo Jong’s typically Delphic bottom line, that the US “expectation, which they chose to harbor the wrong way, would plunge them into greater disappointment,” was clarified for Washington by Foreign Minister Ri in his short statement as meaning: “We are not thinking about any meaningless contact with the US, or its possibility, where we would lose precious time.”[2]

In other words, “meaningless” contact is out, but by implication, more substantive talks are still possible. It is also conceivable that, at least in part, with the COVID restrictions still in place and face-to-face diplomatic contact not possible anyway, Pyongyang is throwing up this objection to “meaningless contact” as an excuse to buy time until it is ready. Although, over the years, Pyongyang has often said—and actually sometimes meant—it didn’t want talks for talks’ sake.