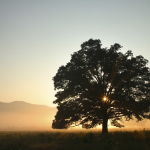 Stephen Warren Bosworth passed away on January 3, 2016. He was born in 1939 and lived for 76 years in this world. With regard to Korea, one can count several important positions he held: from 1995-97 he served as Executive Director of the Korean Peninsula Energy Development Organization (KEDO), from 1997-2001 as US Ambassador to Korea, and from 2009-11 as United States Special Representative for North Korea Policy. Many who engaged in Korea-US diplomacy must share a deep sense of regret for his passing while remembering him and paying tribute to his legacy. Surely, he left behind enduring friendships with many Koreans.

What kind of a person was Steve? As one who was privileged to spend more time with him than most Koreans, I would like to share my thoughts.

I first met Steve in May 1995 in Washington at his office in the State Department. He had just been appointed by the US government as Executive Director of KEDO and I was asked by my government to serve as Deputy Executive Director. As such, I wanted to meet him to design the future structure of KEDO. Steve gave me the impression of a smiling and straightforward man. He proposed that we work together to make a difference in KEDO. At the same time, Steve suggested that we “have some fun” in our job. In the years we worked at KEDO, he often asked me “are we having fun?” In the same vein, Steve always told me “let’s stop what we do when we aren’t having fun!”

As time went by, I realized that he did not mean that we should stop doing our work when we had difficult moments. Instead, he meant that we should not forget to enjoy what we do no matter what, even when under duress and when the going gets tough. Yet at that time, we Koreans did not like “having fun” in our work. So much to learn and so much to do, all we wanted was to work harder and harder to catch up. But as I grew and found myself in positions of greater leadership, I learned to realize how important it is to have that perspective, to have fun in what we do. Any leadership position does not allow one to lose courage and show signs of dejection. It is important for leaders to always demonstrate a constructive mind and to show signs of ease. Such a simple quip as “Let’s have some fun!” reveals a leader who is on top of the situation while maintaining perspective.

KEDO was created in July 1995 and headquartered in New York City. Steve Bosworth, Itaru Umezu (the Japanese representative) and I were the original three members. We visited North Korea, Seoul, Tokyo and Washington and had meetings with the North Korean delegation in New York many times. Our work required first to reach a common position among the three of us—Washington, Tokyo and Seoul—and that proved difficult. At times, the pre-negotiation was no less troublesome than our actual negotiations with North Korea. The main job for the three of us became preoccupying. In particular, internal coordination had become a major problem between Steve and me: he was representing the US as the signatory country of the Geneva Agreed Framework and I was representing the Republic of Korea as the major contributor of the $4 billion needed to build the two light water reactors that were central to the deal. Steve and I received our instructions from our respective capitals and had formal negotiations with around 10 members of each delegation assigned to KEDO. The situation became rather tense and the relationship between the two countries was at times plagued with problems.

By October 1995, the internal management inside KEDO had become a problem. After breaking from a very strenuous meeting between our two sides, Steve came to see me to “have a drink,” late one afternoon. He proposed a solution: KEDO needed a KEDO “personality”; it could not function as a post office just delivering messages to the parties involved. With a KEDO personality, the organization could have a special role in sharing each party’s position, analyzing the extent to which the country might compromise and gauging how North Korea would react to our common approach. Through this endeavor, KEDO could act as an independent personality, which would serve the organization and our respective countries better. I agreed to this excellent idea.

From that point on, whenever one of us received an important cable or communication from one of our capitals, Steve and I got together to talk over coffee. We shared our analysis and perspectives on the matter and then agreed on KEDO’s course of action. Itaru, of course, joined us whenever Japan’s position was concerned. With a KEDO personality, Steve and I could manage its business with much more effectiveness and efficiency for the remaining two years we worked together. At times, I think of Steve’s idea of creating a KEDO personality and how wonderfully it worked for us, KEDO and our countries.

Meeting and negotiating with North Korean delegations is fascinating but fraught with unexpected problems and surprises. When things got tough, we had small meetings between the heads of the North Korean delegation and Steve, Itaru and me. I remember one such meeting when the North Korean delegation head, as usual, criticized the “irregularity, irresponsibility and unresponsiveness” of KEDO’s attitudes, rather than addressing anything of substance. As KEDO’s leader we explained our substantive position in order to get the focus of discussions back on track.

Lots of time passed in this manner. At the highest point of tensions, the North Korean delegation head suddenly called into question Steve’s integrity. According to the North Koreans, KEDO did not keep its words or promises. Upon this accusation, Steve stopped the meeting but once it resumed, he directly addressed the North Korean accusation. He said,

“The North Korean delegation has its own way of managing the negotiations by creating problems and raising questions on matters that KEDO does not need to discuss over and over. It is a waste of time, but it is your method. We have to deal with it. But if you begin to question my integrity, after having accepted me as your negotiating partner, it is quite another matter. You must take responsibility for this attack on my integrity. I don’t need to continue our discussion. Even if we reach an agreement among us, what confidence can you give to it? I don’t want to discuss any more KEDO matters with you.”

Then, Steve ended the meeting and left the room and a surprised and puzzled North Korean delegation. Less than 30 minutes later, the North Koreans requested a separate meeting in which they apologized for their mistake and asked to continue the talks. I have participated in negotiations with North Koreans many times in North Korea and elsewhere, but I have never witnessed their delegations accept their mistakes in such a way.

After this incident, the North Koreans truly believed in Steve’s integrity. Many laymen outside diplomatic circles believe that diplomats have to lie for their country. Nothing could be more wrong. Trust, sincerity and integrity, once lost, are impossible to recover. Diplomats never lie knowingly (unless lied to by their own government). That is the sine qua non for diplomacy. Later, Steve invited the North Korean delegation to his house to let them know how he lived and behaved. The solid trust he maintained with the North Korean delegations had become an invaluable asset for KEDO.

Ambassador Stephen Bosworth reflects on his experiences establishing KEDO in a 38 North interview with Joel Wit and Robert Carlin.

Steve endeared himself to many Koreans with his deep appreciation for our country. He especially admired our commitment to the culture of deferred gratification. When we met in Seoul in late 2014, over dinner he and I compared notes: the co-evolution of the Sino-American relationship with America leading the world along with Chinese input; concerns about the American presidential elections with its impact on democracy; the erosion of the value of the culture of deferred gratification in my country because of the culture of jealousy which had spread in South Korean society; and the self-inflicted dilemma of North Korea, pursing its nuclear weapons program and the necessity for us to engage Pyongyang. Steve’s expertise and common sense on Korean issues and other matters earned him respect from listeners and fellow diplomats.

By the time I served as ambassador to the United Nations in New York and in Washington for my country, Steve was working as the Dean of the Fletcher School for Law and Diplomacy at Tufts University. We had frequent gatherings and meetings in Boston, New York and Washington, which expanded our relationship. Throughout those years, Steve was my rare American friend, a man I associated with the image of “a great oak tree.” During the 1950s and 1960s, when my country received so much generous assistance from the United States, we similarly associated America with that image—a stature that no storm can trouble or disturb. Steve left me with such an impression. The last time we met, it was in Washington in June 2015. Seeing Steve further weakened, I somehow managed to convey to him this impression I had. Even though he has passed away, Steve’s image as “a great oak tree” will remain with the many people he came into contact with during his career and his lifetime, including me.

YJ Choi is the former Deputy Executive Director of KEDO and former ROK Ambassador to the US.