This is the second installment of a four-part series on what a Trump presidency could mean for US policy toward North Korea. (See Part 1 here.) 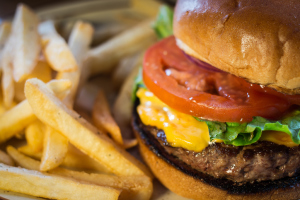 With Donald Trump’s election as President of the United States, millions of despondent voters began looking for some silver lining to what seems like the end of the Republic.

A few optimistic souls have pointed to a bizarre comment by Donald Trump suggesting that he would be willing to meet with Kim Jong Un in the United States, provided that the Marshal was willing to forego a state dinner. And with that, the possibility of Donald Trump’s Hamburger Diplomacy was born.

“Donald Trump stated his willingness to talk nukes with Kim Jong-un ‘over a burger’ if the North Korean leader visits the US,” the Hankyoreh intoned.

Yeah, not so fast. Trump’s comments tell us a lot more about reality television than what he’ll do in office. As in the case of Trump’s comments about South Korea building the bomb, it is important to consider the context for the remark.

The story starts with Dennis Rodman’s basketball diplomacy—the four infamous trips he made to North Korea over a year, starting with the February 2013 visit by Rodman and the Harlem Globetrotters. The date is important because Rodman, during this period, was also a contestant on Donald Trump’s television show, The Celebrity Apprentice, and most of Trump’s comments about diplomacy occurred in the context of Rodman’s visit.

Now, a few facts about “reality” television. First, it’s not “real” in any way, shape or form. The storylines are fictions, stitched together from hours of taping. Trump’s producers have admitted that they often faced the task of creating a narrative to justify Trump’s arbitrary decisions in the “boardroom”—which is a set, not an actual boardroom. Second, Dennis Rodman appeared on Season 13 of the Apprentice, which began shooting in October 2012 and wrapped up before Rodman’s trip to North Korea in February 2013. However, Season 13 aired after Rodman’s trip, from March 3 to May 19, 2013.

The only American who has met with the North Korean man child is Dennis Rodman. Isn’t that frightening and sad?

But Trump, ever the carnival barker, changed his tune when he realized that Rodman’s trip was a ratings boon for Celebrity Apprentice. He quickly used the controversy to promote the television program.

Our wild man Dennis Rodman, big in the news re North Korea, will be on and watching Celebrity Apprentice on Sunday night!

Everybody wants to see and talk to Dennis Rodman – he will be on Celebrity Apprentice tonight at 9.

That even extended to revising his negative opinion of Rodman’s trip:

Despite previous tweet, Dennis Rodman would do a better job than the current (cont) http://t.co/hWRVkgUDC1

It was during this period that Trump called in to Fox News on March 4. He praised Rodman as “sharp and smart” and defended Rodman’s visit, saying that it isn’t the worst thing to be meeting with dictators. The Fox hosts played along.

And then Episode Six aired on April 7, 2013. That episode shows Trump firing Rodman supposedly for not being able to spell Melania.

And just like that, Rodman was no longer helping ratings. And Trump stopped talking about him until about a year later, after Rodman’s fourth and final visit to North Korea. By this time, the worm had turned, so to speak, and Rodman had a very public meltdown on television. Trump got the idea that Rodman was suggesting that Trump might visit North Korea and sought to distance himself.

Crazy Dennis Rodman is saying I wanted to go to North Korea with him. Never discussed, no interest, last place on Earth I want to go to.

Dennis Rodman was either drunk or on drugs (delusional) when he said I wanted to go to North Korea with him. Glad I fired him on Apprentice!

It is hard to know where Trump got the idea that Rodman was proposing a Trump-trip to North Korea, although The Donald had no one to blame but himself for using Rodman’s basketball diplomacy to promote his tawdry television show. A year before, a satirical news site published a completely fake news story suggesting that Trump would be heading to North Korea. (The story is attributed to “Sherwood Frisbee” of Sporting Chance Magazine and states that Kim Jong Un offered to host Trump with the following text: “You betcha bro, my mansion has 19 bedrooms.”) It is tempting to think, in this year of fake news, that the Sherwood Frisbee is to blame, but what prompted Trump’s tweets is a mystery.

These two comments would come to define Trump’s basic attitude toward questions of diplomacy: I’d talk to him, but I won’t go to North Korea. It is tempting to imagine there is some rationale for hosting the meeting in the United States, but as Trump makes clear he just doesn’t see Pyongyang as a desirable destination. Trump’s treatment of Rodman also tells us something about Trump’s character, that he is willing to say anything to get ratings, and about the American public, which is gullible enough to think that reality television is, well, real. But it doesn’t tell you anything about Trump’s likely policy toward North Korea.

Trump’s comments on Fox, though, became an issue during his run for President, as part of a debate about whether he liked to praise dictators. In January and February 2016, Trump mentioned Kim Jong Un, calling him a maniac and suggesting that someone assassinate him. But Trump also appeared to praise Kim for consolidating power despite being only “25 or 26” years old. Kim, though, is generally described as having been 28 when he took power. Donald Trump, on the other hand, became the President of the Trump Organization at 26. Trump isn’t praising Kim Jong Un. He’s praising himself.

Lots of reporters, though, overlooked the Oedipal implications of Trump’s light praise and made that the story other than, say the part about killing Kim. So, when in May, a reporter from Reuters asked Trump if we would speak to Kim Jong Un. And Trump said yes. Cue more critical stories about Trump.

As happened so often in the campaign, Trump defended himself during one of his extemporaneous diatribes at a rally. That’s the backstory to the famous riff in Atlanta, where an animated Trump explained that he would accept a visit from Kim Jong Un, but wouldn’t go to North Korea and wouldn’t give Kim a state dinner. Trump was just squaring the old praise of Rodman (take a phone call) with the old criticism of Rodman (not going to visit.) And then Trump then went off familiar, but tangential rant about state dinners for “all the countries like China that rip us off.” And he repeated an old comment suggesting that the US should serve Xi Jinping a Big Mac instead of throwing him a state dinner, saying that the US should serve hamburgers in a conference room. This wasn’t a considered opinion on the complexities of diplomatic protocol, it was a rant by a guy who has long complained about hosting official events in tents.

This all adds up to … nothing. Trump praised Dennis Rodman when it helped ratings of the Celebrity Apprentice, then trashed him when he didn’t. He called Kim Jong Un a maniac and suggested assassinating him, expressing only admiration for a 20-something stepping out of his father’s shadow. And when asked about the serious issues of international diplomacy, he pivoted to a long-rant about all the money wasted on state dinners.

This isn’t a coherent North Korea policy, it’s the ramblings of a reality television show with unresolved Daddy issues and a love of fast food. To find our first hints of how Trump might approach North Korea, we need to look elsewhere. Trump is more likely to think that the way to solve the North Korea problem serving Xi Jinping a cheeseburger, not Kim Jong Un. But that is installment three of this series.