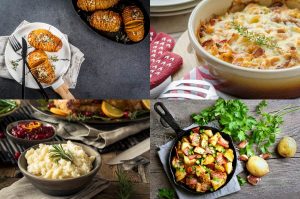 In the run up to what is certainly going to be one summit (North-South Korea) and possibly a second (US-DPRK), most observers are focusing on the nuclear issue. In a contagion of self-hypnosis, pundits are walking around muttering the word “denuclearization” over and over. By contrast, we can be sure the North Koreans are alert and awake, confident in the knowledge that Kim Jong Un has a full range of options. His possible menu is long and varied—baked, fried, parboiled, steamed. You name it, Kim already has recipes worked out to prepare the dish.

One of the items many observers are sure will appear on the North Korean menu is a demand for the withdrawal of US troops from the Korean Peninsula. That wouldn’t be unusual as an opening position. For a variety of reasons, however, it is unlikely, or at least unlikely to remain as a main dish without a number of sides. A key question is going to be timing. Presumably, if they stop to think about it, no one expects US troops to remain in Korea forever and ever. It’s not so much a question of whether the North is looking for a withdrawal of US troops, but when? Over the decades, Pyongyang has shifted from demanding the “immediate” withdrawal of US troops, to something much more nuanced, even making clear on occasion that it wouldn’t mind if US troops stay for many years.

New Theory. In 2016, Kim Jong Un advanced a theory that given the North’s new “strategic status” as a nuclear power, the Peninsula is no longer a playground for the big powers. Instead, Korea is a power in its own right, finally able to deal with both the continental (China and Russia) and oceanic (the US and Japan) states. Implicitly, the theory seems to recognize that Korea can never be free of its geography; that it will always be in the center of the conflict between the big powers. What we don’t know—but may soon find out—is how the theory takes into account the question of alignment with the major players, and that may relate to the continued presence or withdrawal of US forces. One could, for example, imagine that with this theory as the core, the North might propose both Koreas terminate their treaty relationships but allow the continued presence of US forces on the Peninsula under new arrangements to help deal with the China, Russia and Japan.

Fudge It. The North Koreans are hard-headed pragmatists, and Kim Jong Un is seemingly no exception. A US withdrawal, at least in the near term, may not look so good to him. In four-years-time, there could well be another conservative government in Seoul, and having the Americans around at that point could prove a useful buffer. Moreover, both China and Russia have been for the North very unreliable, episodic allies and even occasionally threats. Kim Il Sung and Kim Jong Il thought it would be important insurance against these potentially dangerous neighbors to have better relations with the US. It remains to be seen if Kim Jong Un still subscribes to that view, and if so, how directly he intends to pursue such a goal.

There are a variety of ways for Kim to fudge the issue. He could choose, at this point, not to raise the question of a withdrawal explicitly, but instead opt for language that he can argue allows him to bring it up in the future. From 1992-2002, an engine of DPRK policy was the pursuit of “normal” relations with the US. Achieving that meant a tacit acceptance of the presence of US troops. In one of the summits, the North may say it wants the question of the “disposition of US forces” on the overall agenda, mainly because it needs for the agenda to be seen as balanced, i.e., addressing DPRK as well as US concerns. Wanting “consideration of the question” on the agenda, however, does not necessarily mean seriously demanding—or more important, expecting to get—a near term withdrawal of US forces.

Not So Fast. In order to be seen as raising the issue and thus, at least on the surface, acting in conformity with the oft-expressed public position that the influence of outside forces on the Peninsula should be limited, North Korea could go back to previous proposals of gradual steps leading toward an eventual US withdrawal. In 1987, for example, the North advanced the idea of a phased US withdrawal in parallel with reductions of the ROK and DPRK armed forces. What had become clear by that point, and appears still to be true, was that Pyongyang had moved the notion of a US withdrawal from being a precondition for major tension reduction measures to being a consequence of such measures—i.e., from the front end to the back end of the process. As late as August 1994, the North was putting on the table proposals for a solution of the nuclear problem that included, under the rubric of tension reduction, a peace agreement within one year and withdrawal of US troops within three years. Neither was actually central to the North Korean position at the time, but seemingly had to be included in order to move important ideas through the clearance process in Pyongyang. The call for a US withdrawal dropped away in the final negotiations for the October 1994 Agreed Framework.

Sooner or Later. Pyongyang may decide that simply declaring unqualified acceptance of the US presence would be too much of a shock for a public fed a steady diet of anti-US propaganda, and all things considered, actually not a very good tactic. As a result, the North could adopt something that might be called “the sweet bye-and-bye” approach, putting a notional endpoint on the US presence, but making that point one that can only be dimly imagined. In 1992, for example, in the first high-level US-DPRK meeting, the North Koreans said it would be good if US troops remained on the Peninsula in order to deal with the potential threat of revived militarism in Japan. That set off a debate within the US delegation, with some members missing the point that the specifics (an imagined Japanese threat) were less important than the explicit, nearly open-ended invitation for the US to remain on the Peninsula.

The Full Monty. Artfully constructed, the North Koreans could decide to signal acceptance of a US presence as part of a longer-term strategy to work themselves out from under the Chinese shadow. For example, in an early version of the US-drafted document passed to the North Koreans in January 2000—a document that eventually became the October 2000 US-DPRK Joint Communique—there was a section stating:

The US side noted that as a Pacific power with vital security interests throughout the region, the United States will continue its close defense alliances with the Republic of Korea and Japan. The US believes that these existing relationships in no way conflict with improving relations with the DPRK.

By signing a communique with such wording, Pyongyang would have been implicitly signaling its acceptance of US troops in Korea. Reading over the draft, the North Koreans smiled at this gambit and suggested the passage be put to the side, saying it was “too soon” for anything like that. Perhaps it was too soon then but is not too soon now. We may not know at this point what Kim will bring to the table. Whatever it is, we can be sure it will be a dilly.