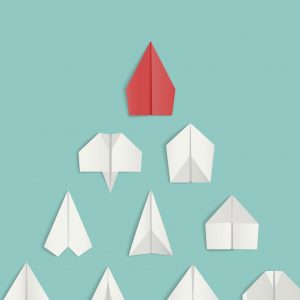 The collective reaction to the Hanoi Summit was summed up in most media outlets with one word: failure. Just typing “Hanoi failure” into a Google news search produces a copious collection of diverse reporting from the Wall Street Journal to the Daily Beast—all coming to the same conclusion on the Trump-Kim summit. The recovering diplomat in me winced at those headlines. After all, US State Department officials rarely utter such blunt words, especially when talks do not go as you had hoped. Instead, you say that discussions were “useful,” you review the “atmospherics” in the room, and you praise the “business-like” nature of the negotiations. In Hanoi, the trending term was “constructive,” which was used in equal measure by both the North Koreans and the Americans.

In dissecting the “failure” in the Metropole Hotel, another euphemistic cliché sprang to mind: there is no such thing as failure, only learning experiences. The sentiment is admittedly glib but it reveals why the second meeting between US President Donald Trump and North Korean leader Kim Jong Un was worthwhile. The United States and North Korea did not walk away from the table with a joint statement, but they did leave with a better understanding of what each side wants and how they hope to get it. Unlike the Singapore confab, which seemed to be more of a “getting to know you” session, Hanoi was much more about substance. Now, the true test of diplomacy will be whether the two delegations learn from this exchange and make proper adjustments in their negotiating strategies before proceeding to a third leader-level meeting. So, what have we learned from this experience?

Summitry has its place, but it is time to press pause. President Trump was criticized by many observers for proceeding to direct engagement with Kim Jong Un. The personal diplomacy route was a big risk, since lower-level diplomats had not been able to sound out the North Koreans and determine if there was any reasonable chance for cutting a deal. The unilateral US decision to suspend joint military exercises with South Korea following the Singapore Summit last June stoked well-placed fears that the lack of preparation could lead to decisions that undercut core US national security interests.

The top-down approach had its benefits, though. Starting out at the highest levels might have set the stage for a more sustainable negotiating process going forward. Diplomatic efforts over the previous three administrations often got tripped up over the limited negotiating power accorded to the North Korean lead envoy. His inability to sign off on compromise proposals in real time—always having to check back in with the “center”—usually meant a trip back to Pyongyang and the end to a negotiating round.

The Singapore and Hanoi meetings removed that filter, placing the two leaders across from each other. The first summit stamped the Trump and Kim seal of approval on the broad agenda for engagement (though one could quibble with the ordering)—establishing new US-DPRK relations, building a lasting and stable Korean Peninsula peace regime, complete denuclearization of the Korean Peninsula, and Korean War remains recovery operations. The hope for the second summit was for the two leaders to agree on concrete actions in each of these areas. While this was not meant to be, the more substantive discussions allowed Kim to hear directly from Trump what the United States needed to see at a minimum for a deal—and it was the same message delivered by his envoy, Special Representative for North Korea Stephen Biegun.

Rather than undercut his diplomats, it seems that the President reaffirmed their views to Kim. The President took his envoy’s advice and did not accept the North Korean request to lift all or most of five United Nations Security Council sanctions resolutions in return for the (vaguely defined) dismantlement of the Yongbyon nuclear facility. Similarly, the United States learned that Kim Jong Un was also not prepared to go beyond the terms put forward by his own envoy, Kim Hyok Chol. When Trump suggested a “more for more” deal for North Korea to dismantle additional WMD and missile programs in exchange for an even more comprehensive lifting of sanctions, Chairman Kim turned him down, citing a lack of trust between the two sides.

Personality can get you a long way, but ultimately, process matters. This is the second key takeaway from Hanoi: it is time for a return to regular order. Nothing further will come from a third Trump-Kim meeting without a serious effort to craft real, pragmatic solutions through detailed discussions led by Biegun and Kim Hyok Chol, empowered and guided by the instructions of their respective leaders.

The Trump administration was correct in not accepting the deal that Kim Jong Un put on the table in Hanoi. It was not clear what concrete steps North Korea would take to denuclearize, and Pyongyang’s requested sanctions relief was outsized in comparison. Press reports indicate this was apparent in Biegun’s pre-meetings, but the two sides proceeded to meet at the leader level despite this disconnect. This may have been a useful exercise to confirm that the envoys were accurately reflecting the positions of their leaders, but it should not happen again.

If they have not already made it clear through their actions in Hanoi, Trump and Kim should explicitly empower their two negotiators, essentially telling them both to go into a room together and not come out until they have substantially narrowed their differences or reached a breakthrough. Diplomats and technical experts need to start drafting detailed texts, laying out the phasing for specific denuclearization steps and requisite sanctions lifting. There are any number of ways to overcome the stalemate reached in Hanoi, but they require far more time and wordsmithing by experts before rising again to the level of the two leaders.

Chip Away at the Known Unknowns

The third major realization coming out of the Hanoi talks is that we now have a much clearer picture of what both sides want out of this effort. In the run-up to the summit, the media was rife with speculation about the contours of a possible deal and the potential gives and takes. This debate is essentially settled now, and it reaffirms that core US and DPRK positions have remained consistent over the past two decades. North Korea desires sanctions relief and eventually security assurances from the United States. Washington still sees denuclearization as its top priority. In particular, the administration wants a more comprehensive step than just Yongbyon, and even the idea of “Yongbyon dismantlement” must be better defined to specify which sites are included, since the North Koreans seemed unable to articulate their vision. With this understanding, both delegations are well placed to begin in-depth negotiations to narrow these gaps and put meat on these bones—if they have the will to proceed.

This brings us to what we do not yet know—is North Korea willing and able to engage in a real, working-level “give and take” exercise? As noted, the biggest question is still whether Kim Jong Un has authorized his envoy to negotiate in real time with Biegun without having to get a permission slip from Pyongyang on every minute detail. A related question is whether the North will have the right people at the table. In Hanoi, the United States had waiting in the wings 16 subject matter experts in the nuclear fuel cycle, sanctions policy, international law and economics. It is not at all clear whether North Korea had a similar coterie of expertise on its delegation, but if past is prologue, they probably did not. My experience during the Six-Party Talks was that North Korea often relied on its diplomats to negotiate technical nuclear issues, leaving its experts back in Pyongyang. It was only when American teams traveled to North Korea that they got access to counterparts in the General Bureau (now Department) of Atomic Energy. This may argue for the next round of meetings to take place in the DPRK—maybe even at Yongbyon—but negotiations will still be fruitless if the North Korean side has no flexibility in its position.

The other outstanding question from Hanoi is whether the United States would accept a more limited deal as a starting point, even if the North Koreans were not authorized or prepared to accept it at the time of the summit. We know from press reporting that President Trump tried to get “more for more,” but did he try for “less for less?” In his recent remarks to the Carnegie International Nuclear Policy Conference, Biegun said on several occasions that the administration was not seeking an “incremental” approach to denuclearization. In the same breath, though, he also offered up “confidence building” measures that North Korea could take, such as the return of international inspectors and the opening of liaison offices. It may be that Biegun is signaling to the North that the United States wants a clear commitment from Pyongyang on the end state (i.e., “denuclearization,” however defined) before Washington is prepared to negotiate a set of phased practical steps for achieving that end state. After all, there is no technical barrier to crafting a first-stage agreement that entails a fissile material production freeze—i.e., a shutdown at all sites in Yongbyon and potentially other areas—in exchange for a limited package of sanctions relief, probably through carveouts and waivers (though not repeal) of specific portions of UN sanctions resolutions. However, if the United States has moved to a more maximalist position, that could further complicate the prospects for future negotiations.

Where Do We Go from Here?

The next step is to test whether the positions put on the table by both sides in Hanoi represent an opening offer or a bottom line. It is possible that the North Koreans came to Vietnam with no intention to negotiate—merely to present their position and see what they could get from the Americans. If the North is committed to making real progress, then Pyongyang must also take Hanoi as a learning experience. It should recognize that the United States is not so eager for a deal that it will sign up to another vaguely crafted text, as it did in previous administrations. The United States should also not overreach in its own asks, which is why it should dispense with the “more for more” idea for now and pursue a phased deal, starting with a fissile material freeze.

The only way to know for sure whether Hanoi was a true failure is to press for an early meeting between Biegun and Kim Hyok Chol to see if both sides can get into the serious work of detailed and pragmatic negotiations.