Recent commercial satellite imagery of North Korea’s Yongbyon Nuclear Scientific Research Center indicates that operations at the Uranium Enrichment Plant (UEP) remain ongoing, while there is only minimal significant activity throughout the rest of the complex. River dredging continues, as we have reported previously, and we also note the addition earlier this year of an elevated conduit at the Radioisotope Production Facility (RPF) that connects the RPF to two nearby industrial type buildings.

We continue to see activity around the Uranium Enrichment Complex in terms of vehicles, equipment and personnel arriving and departing. Imagery shows what appears to be a white tanker trailer near the far west end of the complex on February 16 or 17 until the morning of March 27. The truck departed the next day leaving behind a 20-foot cylinder or shipping container next to the nearby gas centrifuge hall. On May 9, a similar tanker trailer had returned to the same location, and a group of more than a dozen personnel were visible inside the courtyard. On the most recent imagery from May 28, the tanker trailer was no longer present, and different personnel were noted within the complex’s courtyard.

Our observation, that periodic material transport (e.g., possibly to deliver liquid nitrogen) has continued at the Uranium Enrichment Complex over time, provides a new indicator that the complex is operational, and therefore that it is also most likely producing enriched uranium. However, we do not have any definitive means to determine either the actual levels of enrichment or the total production throughput of the ~4000 centrifuges at this time.

Figure 1. Movement of possible tanker trailer and groups of personnel observed from March-May around the Uranium Enrichment Complex.

No obvious operational indicators were visible at the 5 MWe reactor, the Experimental Light Water Reactor (ELWR), or the Radiochemical Laboratory. However, on the most recent imagery of May 18 and May 28, we did note the appearance of probable terracing having been placed along the river embankment on both the north and south sides of the new cooling water pump house. Such terracing would mitigate erosion that might otherwise occur alongside the pump house along the embankment.

At the Radioisotope Production Facility (RPF), imagery indicates that an elevated conduit has been installed connecting the RPF with two other industrial type buildings located nearby. The purpose of this conduit is unknown, but it was first clearly visible on February 11 imagery, and that addition seems to be part of the infrastructure improvements observable over the past year at this facility. We continue to consider the possibility that the RPF, rather than being for tritium production, might rather be engaged in some aspect of uranium conversion (e.g., processing yellowcake to uranium hexafluoride (UF6)) and hope to have more discussion on this possibility in our future reporting. 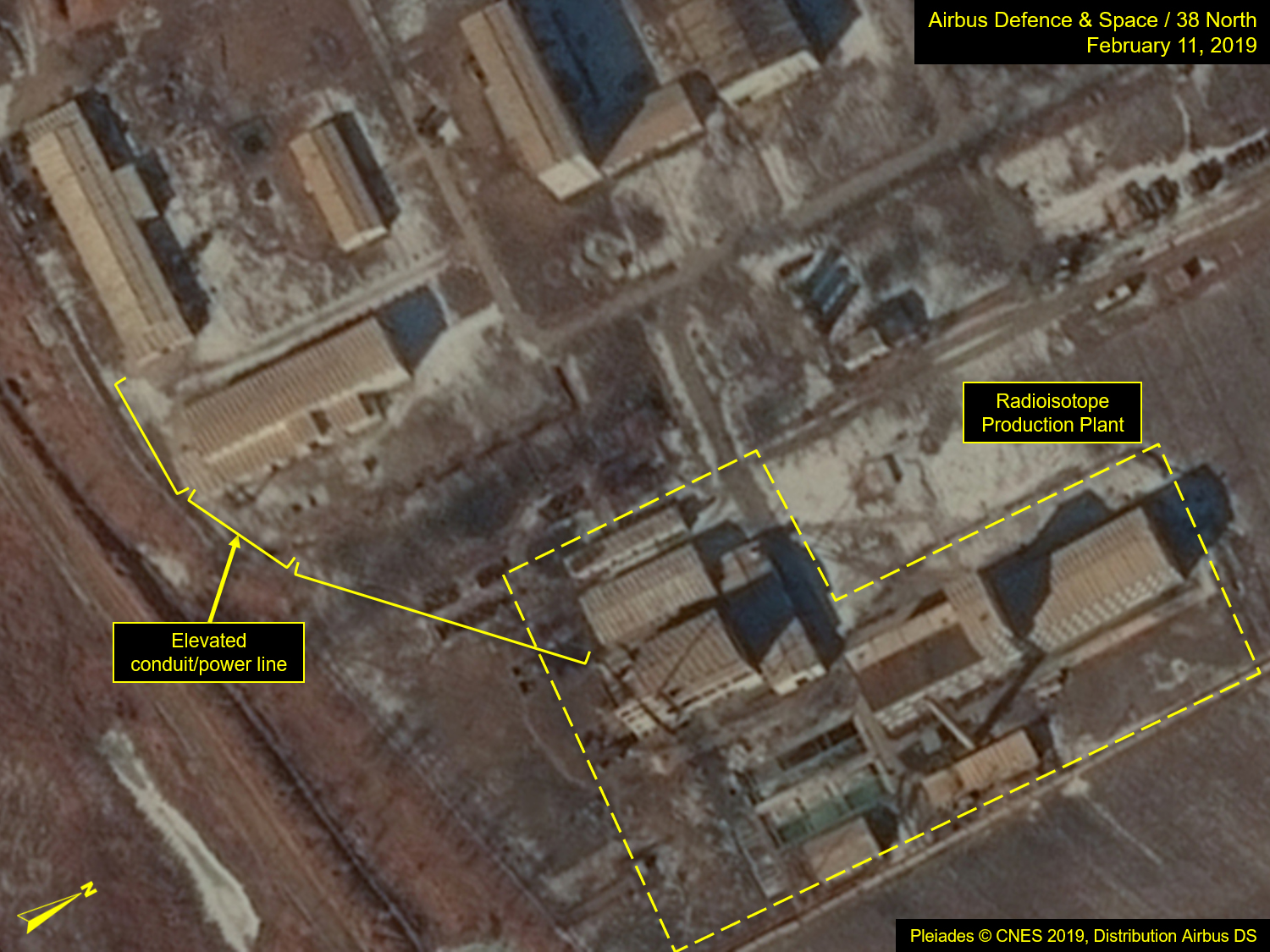 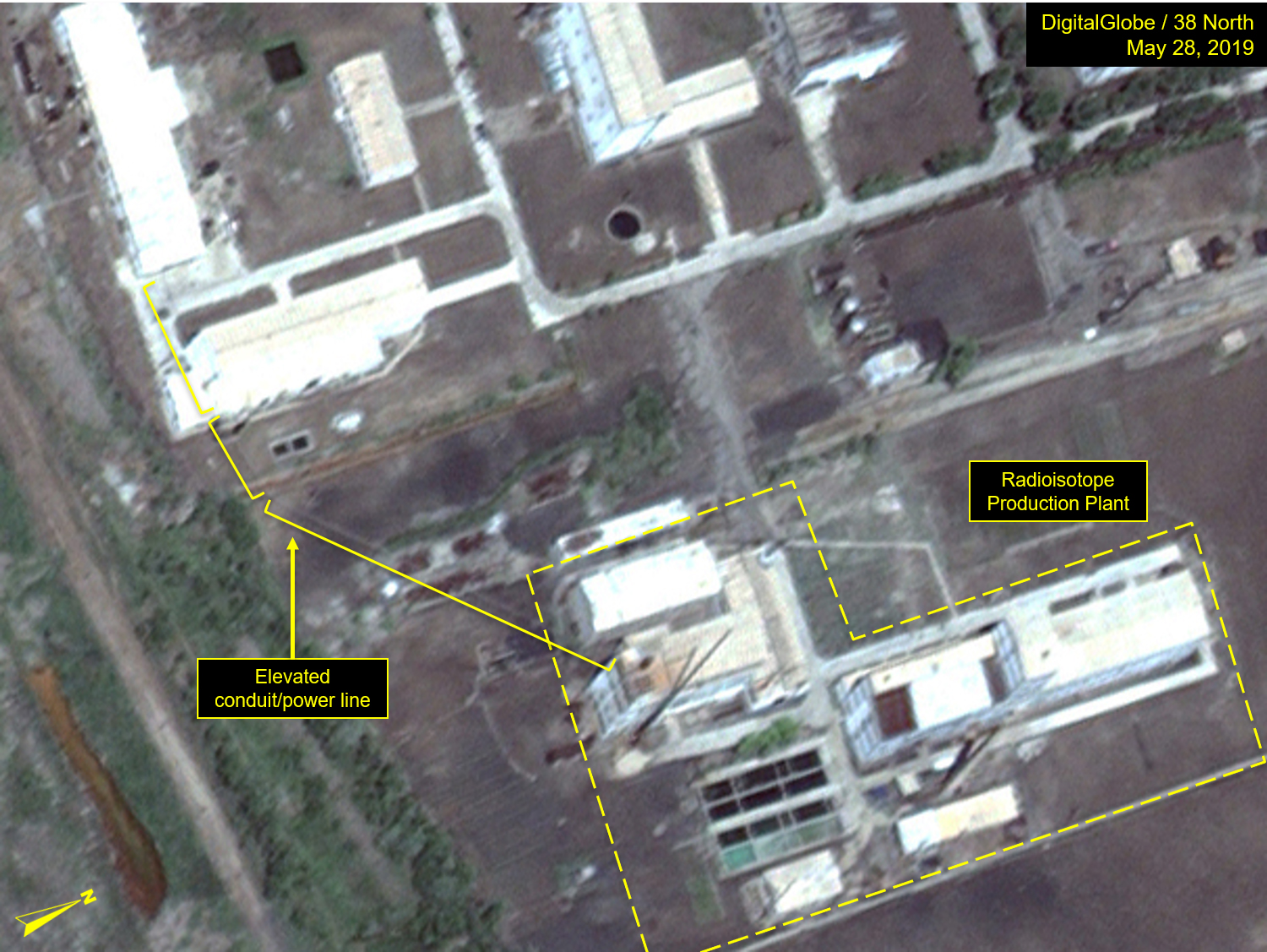 Images from May 18 and May 28 show a dredger operating in the middle of the Kuryong River upstream from the 5 MWe reactor’s new pump house and its associated river channel. Although the specific purpose for this dredging—which has been ongoing for months—is unclear, one possible explanation could be the creation of an erosion barrier to protect the pump house from periods of high water flow. 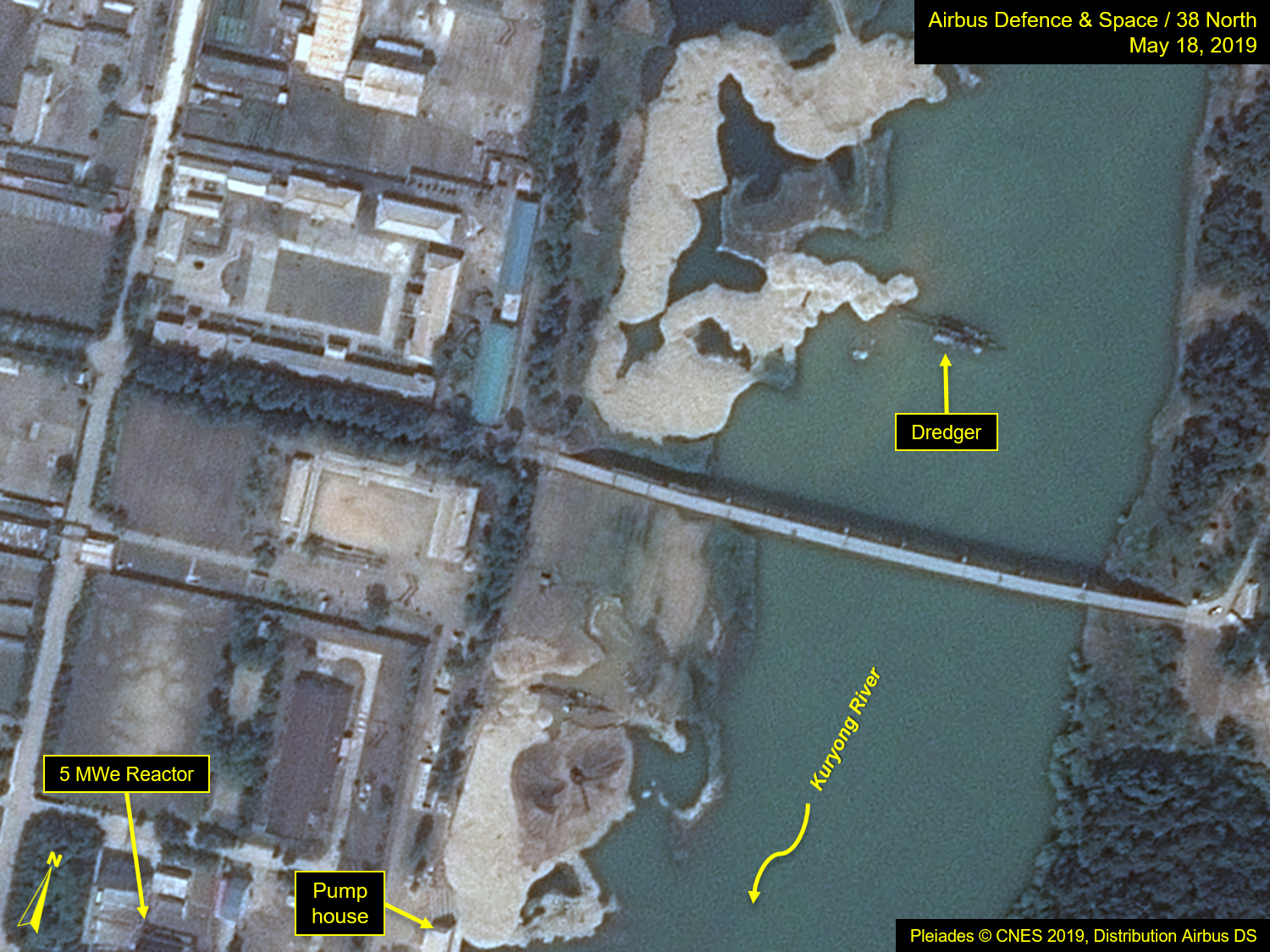 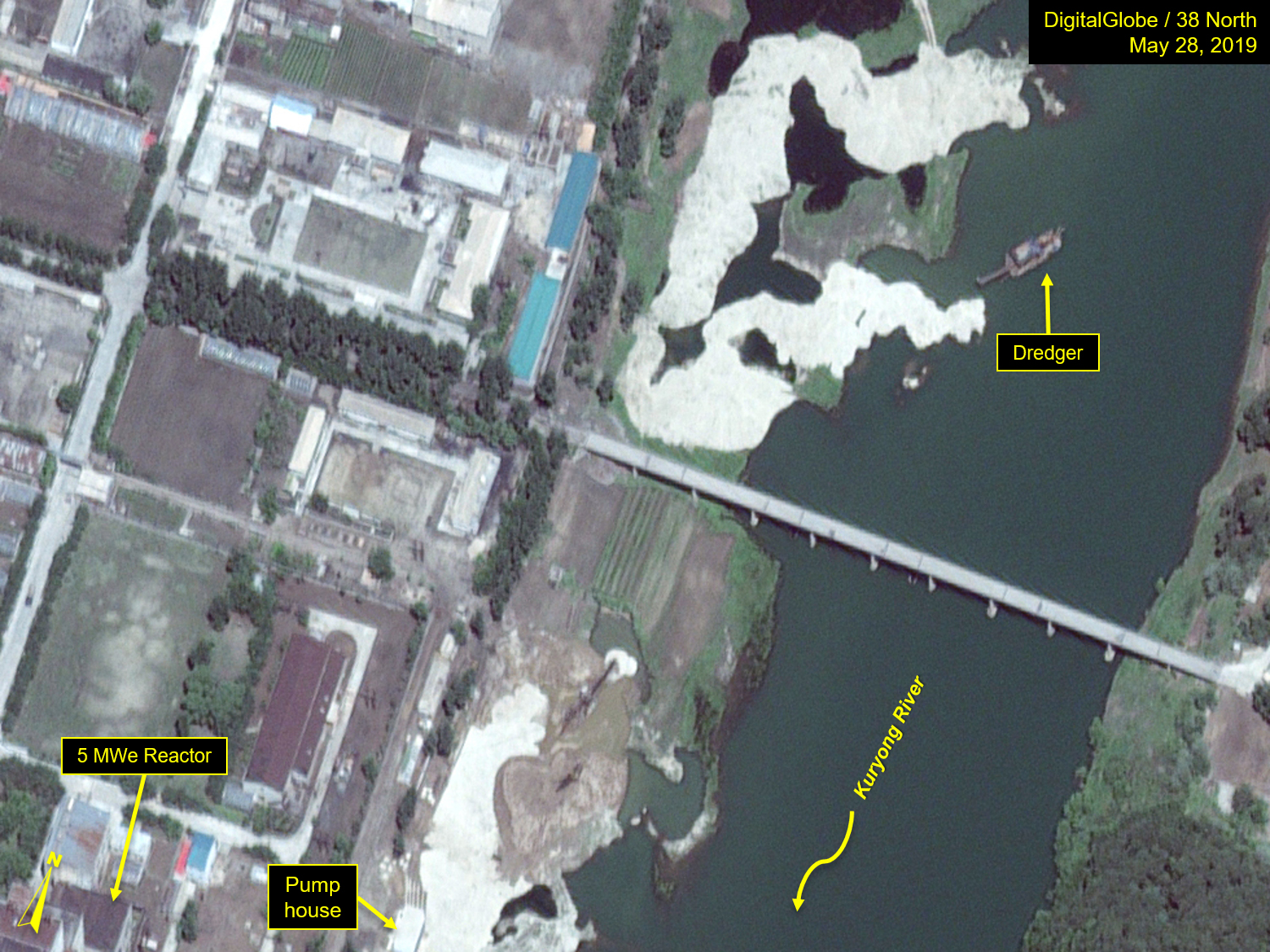