There are lessons to be learned from our negotiating experience with North Korea a quarter century ago. This is true even though a lot has changed since 1994, when Kim Il Sung led the North, Bill Clinton was the president of the United States and neither country had much direct experience negotiating a complicated deal that was supposed to end the North’s nuclear weapons program. Since then, we have watched the Agreed Framework of 1994 fall apart and engaged in protracted, unsuccessful negotiations aimed at the same objective during eight years of the Bush administration, eight years of the Obama administration, and almost three years of the Trump administration. 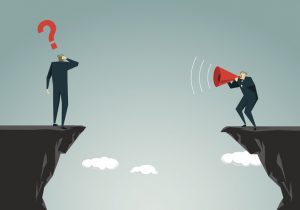 Some seem to think that the major lesson to be learned from the first negotiation and what happened after it is that there is no deal with the North that will end their nuclear weapons program. Those same people think that to believe we have had twenty-five years of a protracted “failure to communicate” is to miss the irony of that phrase in the movie Cool Hand Luke: our differences are irreconcilable, and it is past time that we recognized that.

Maybe. But maybe the most important lesson to learn from the first negotiation and the ones that followed is that we have a tendency to approach engagement with the North Koreans with a strange combination of ignorance and arrogance about what they are really about. A quarter century ago many of us thought, and still think, that the DPRK’s nuclear weapons program reflected a desire to deter the US from attempting regime change, and perhaps also to deter us from intervening in an eventual war of national unification launched by the North against the South. Evidence for both propositions can be found in the language of the DPRK over decades, but we have not actually known what the North’s grand strategy is, nor will we ever.

Without really knowing what the North is about, it has been hard to be certain about what they really want: relief from the economic pressure of sanctions and the need to circumvent them so that the Kim dynasty can continue in not-so-splendid isolation, or economic and political engagement with the international community and a route to becoming a normal state without hostile relations with the US.

Essential elements in the North’s strategic goals include its perceptions of the great powers, about which we speculate with a confidence we should not have. China may be the DPRK’s dependable ally in confrontation with the US and the ROK, a role it has played since the Korean War and one Pyongyang assumes will continue as long as the North is China’s essential buffer state. This fits with the perception, which has been an article of faith in Washington and Seoul for decades, that the North pursues a “wedge strategy” constantly trying to create fissures in the ROK-US alliance and drive the US from the peninsula. This may be true, but from time to time there have been indications that the North would like more political freedom and less economic dependence on China and is not so enthusiastic about an American departure from the region.

Right now, as we contemplate resuming negotiations, it would be particularly useful to know what the North thinks it has actually achieved with its nuclear weapons and long-range ballistic missile programs. Many US analysts have expressed their views on what exactly the North has accomplished, but what should matter to the US and its allies are deterrence and extended deterrence. That depends not on what analysts in Washington and Seoul think, but on what Pyongyang thinks.

Does the DPRK think it has sufficiently reliable thermonuclear weapons, deliverable by its intercontinental ballistic missiles, to destroy American cities? Does it think that its nuclear forces cannot be found and destroyed by a US first-strike, giving the North second-strike capability against the US—notwithstanding American claims about the effectiveness of its missile defense? Or worse still, does the North think that it has carved out a position of broader deterrence, based on its volatility and higher risk propensities, that leads it to think it can provoke and intimidate the US and its allies without fear of retaliation?

The big lesson from the months-long negotiation that produced the Agreed Framework and the engagements in the following decades is that we ought to enter future discussions with the North with an open mind about what its goals, calculations and perceptions really are.

At a more tactical level, we ought to remember what sorts of things helped us make progress, and what others created roadblocks. In the first negotiations we found that compliments, small gifts and what we called “pizza diplomacy”—informal sessions to share food and drink—could help make for a positive atmosphere. Just as clearly, gratuitous insults would be taken badly and not forgotten. When Kim Il Sung died in 1994, it was important for the US delegation head to go to the DPRK mission in Geneva to express condolences to the Korean people, even if the move brought criticism from some in Congress who suggested that we had forgotten that Kim had brought us the Korean War forty years earlier.

When we look back on the roadblocks to a settlement in 1994, we should remember that one important element in the solution turned out to be the use of time. Both parties’ benefits and concessions spread out over months and years could work to both sides’ advantage: not every move in a negotiation reflects a zero-sum calculation. There is much talk now about reciprocal steps or an “action for action” strategy which would benefit from the creative use of the dimension of time in a settlement.

It would also be a good idea to keep in mind that North Korea loves a crisis and will create one if important elements are not going its way. This is a lesson we seem to keep learning, but we also need to learn to respond better. Giving the DPRK their crisis may be important on some occasions but refusing to rise to the bait may be the wiser course on others. The crisis over an IAEA inspection in June 1994 that almost brought us to war, I would argue, was of the second kind. Some of the actions the DPRK threatened to take in 2017, however, would be of the first kind.

The South Korean president in 1993 told me that Americans ought to learn from the Republic of Korea how to deal with the DPRK, since they knew their fellow Koreans far better than we did. I recall responding by acknowledging the point but adding that I did not think we should learn so much that we would continue the forty-year history of hostility. Learning lessons from history seems to be a good idea, but only if you understand the history you propose to learn from.