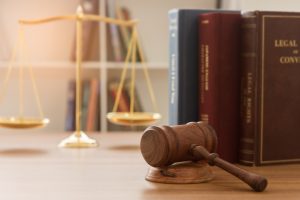 The Kim Jong Un regime, like his father’s, has repeatedly emphasized building a socialist rule-of-law state.[1] In accordance with this objective, North Korea has devoted great attention to making and amending laws. There were 205 known North Korean laws when Kim Jong Un assumed power in December 2011; this number had increased to 236 by December 2015, and 106 laws are known to have been revised during this period.

North Korea is notorious, however, for its secrecy and its laws are no exception. The North’s last known published compilation of laws occurred in December 2015, and very little reliable or comprehensive information is available about the enactment or revision of its legislation over the past five years.[2] Given the legislative record from 2011-2015, it is reasonable to presume that roughly 150 laws have either been enacted or amended since 2015, though less than a third of these have been identified (see the Appendices).[3] That said, most of the country’s laws since the 1990s fall into two categories: those for facilitating greater economic development and ones for strengthening social controls.

About half the North Korean laws and regulations known to have been revised following 2016 are targeted at promoting the economy in two main areas (see Appendices).

The Law on Financial Management of Foreign-Invested Enterprises is the most notable example. The law, as amended in 2011, contained 72 provisions, including those prescribing how to report detailed financial management plans to the North Korean authorities (Articles 18 to 25), underscoring the DPRK’s adherence to a planned economy. However, a revision of the law in 2016 made it far more concise: The number of provisions decreased to 42, and many that seemed to excessively interfere with the financial management of foreign-invested enterprises were removed, giving them more autonomy.

The Law on Foreign-Invested Banks was amended in 2018 to increase flexibility in regulating these institutions, including permission for the establishment of joint venture banks outside of special economic zones with government authorization (Article 3). Moreover, the Law on External Economic Arbitration was amended in 2016 to grant further legal protection to foreign-invested enterprises by enabling them to initiate arbitration cases on various economic matters (Article 5).

However, some amendments to these laws do not follow global standards, reflecting North Korea’s hypersensitivity to state sovereignty and the safety of its regime. The 2016 amendments to the Law on External Economic Arbitration added “violation of the sovereignty and safety” of North Korea to Paragraph 7 of Article 65, which had previously only stipulated violation of public policy as grounds for canceling arbitral awards, the practice in many other countries, including socialist states such as China and Vietnam.[4]

The recent enactment of, and amendments to, several laws and regulations concerning domestic economic administration suggest two takeaways: First, the perennial lack of resources persists in North Korea. For example, the amendments to the Law on Enterprises of November 4, 2020, focus on making them more efficient in lowering costs for the use of labor, energy and land.[5] In addition, the passing of the Law on Recycling Resources of April 12, 2020, is consistent with the North Korean authorities’ growing emphasis on recycling waste as an important element of the country’s overall development strategy.[6] According to the state-run Korea Central News Agency (KCNA), this law is intended to “contribute to the sustained development of the national economy and the protection of [sic] ecological environment.”[7]

Second, perhaps due to sanctions and the lack of resources, the regime has focused on primary industries—particularly agriculture, fisheries and forestry—that extract natural resources and generally require less capital, energy or sophisticated technology than other industries, such as manufacturing. This emphasis is underlined by the enactment of the laws on ginseng and forestry, the regulations for creating and conserving marine resources and the revision of the Law on Underground Resources.

According to KCNA, the Law of Insam (Ginseng), which was passed at the end of 2018 and consists of 48 articles, regulates administrative matters, including the formation of ginseng plots, production and the sale of processed ginseng products. This law is expected to provide “the legal guarantee for increasing insam production,” which is seen as “one of [sic] specialties of the country.”[8] Moreover, the Law on Forestry enacted in December 2020, according to Rodong Sinmun, “specifies the issue of putting the production of timber on a normal basis while steadily increasing the forest resource [sic] of the country.”[9] Further, according to KCNA, the amendment to the Law on Underground Resources, passed in 2017, was to prospect “more underground resources” by “putting the prospecting on an [information technology] basis and thus rapidly developing the national economy.”[10]

Although North Korea has used laws to promote economic development, what is more notable are the enactment and revision of laws for social control. Four are especially important.

The Law on Anti-Money Laundering and Combating Financing of Terrorism was passed on April 20, 2016. It appears to be the product of North Korea’s ratification in 2013 of the 1999 International Convention for the Suppression of the Financing of Terrorism and legislative assistance provided by the Asia/Pacific Group on Money Laundering (APG), “a regional body of the Financial Action Task Force [FATF) that North Korea joined as an observer in July 2014.” Many provisions of this law are more detailed than their Chinese and Russian counterparts, which is quite unusual given that North Korean law is often criticized for its vagueness. It appears the objective of this law is to enhance the government’s control over the growing—both formal and informal—financial sector, thereby increasing government revenue and establishing a basis for North Korea’s demand for easing the ongoing international financial sanctions, elevating its status to a full member of the APG, and eventually becoming a member of the FATF.

The Administrative Penalty Law (APL), a semi-criminal code modeled after its Russian counterpart, was enacted in July 2004 and is known to have been amended 11 times before December 22, 2016. This law prescribes various administrative (sometimes bordering on criminal) penalties for conduct that is largely the same as what is stipulated in the penal code but doesn’t rise to the level of a crime. The number of provisions in the APL significantly increased (from 254 to 356) in December 2016 to focus on strengthening social control. For example, Article 272, a newly added provision titled “illegal international communication,” penalizes “a person who illegally communicates with someone overseas” by “education through labor for not less than three months.”[11]

Another example of North Korea’s attempt to enhance information control is the revision in December 2016 of the provision on listening to hostile broadcasting and collecting, keeping, or distributing enemy propaganda leaflets. At the time of this amendment, Article 153 of the 2015 APL was divided into three provisions (Articles 213 to 215), and punishment for this offense was enhanced. It is not clear whether and how the APL has been further revised, but the last amendment seems to have been a prelude to the emergence of the Law on Rejecting Reactionary Ideology and Culture.

This law was enacted on December 4, 2020, with the objective to prevent the spread of cultural materials, such as TV programs, books and songs from “hostile countries,” such as South Korea, Japan and the United States. The law prescribes harsh penalties, including death, for example, for those who supply numerous cultural materials from hostile countries (Article 27). This provision appears to supersede a corresponding provision in the criminal code, as amended in 2015, that orders the punishment of reform through labor “for not more than ten years for the gravest violations” (Article 185). The recent arrest of nuclear and missile developers and heightened inspection of personnel dispatched to China reported by Daily NK suggest that the North Korean authorities are strictly enforcing this law.

Almost a year ago, in response to the COVID-19 pandemic, North Korea amended the Law on Prevention of Infectious Diseases (LPID) that was passed on November 5, 1997, and revised five times thereafter. On August 22, 2020, North Korea enacted the Emergency Law on Prevention of Epidemics (ELPE), which appears to supersede the LPID, albeit effective only in times of emergency.

While the criminal code and the APL prescribe both criminal and administrative sanctions for violations of the LPID, the ELPE provides much harsher penalties for similar conduct. For example, Article 203 of the criminal code, as amended in July 2015, stipulates if a person administers disease control irresponsibly and this has grave consequences, “the person shall be subject to reform through labor for not more than three years”; however, Article 65 of the ELPE prescribes capital punishment for a similar type of crime in the gravest cases.[12] This law appears to focus not only on controlling the pandemic but also society at large: Article 8 provides that the state shall impose strict administrative and legal sanctions against not only those who violate the laws and regulations for epidemic prevention but also individuals who commit other crimes or offenses during the emergency period of epidemic prevention, as in wartime.

The North Korean government seems to be serious about enforcing the ELPE, as suggested by the execution of an official who violated the rules on epidemic prevention by importing goods without authorization and the enforcement of the “shoot-on-sight” order in the Chinese–North Korean border area.

Although the regime has consistently emphasized the socialist rule-of-law since the mid-2000s, the role of law in North Korea obviously remains limited. In the most closed socialist country in the world, the law is still perceived as a tool to guarantee the leadership of the Workers’ Party of Korea (WPK) and to institutionalize Kim Jong Un’s rule. Kim is clearly above the law, as symbolized in recent photos in which only he is smoking in public spaces, despite the enactment of the Tobacco-Prohibition Law in November 2020. In addition, North Korean law is far less sophisticated and organized than in other socialist countries, such as China and Vietnam.

Nonetheless, North Korea will likely continue to pay close attention to its laws. The fact that Kim Yo Jong studied law at Kim Il Sung University from 2009 to 2011, during the last years of Kim Jong Il’s reign, suggests he wanted her to learn about the law to support her brother Kim Jong Un in the future. In other words, the Kim family has long understood the importance of rule by law and systemization of the state administration. And as the Eighth Congress of the WPK in January 2021 showed, the regime will likely continue pursuing goals of economic development and social control despite the tensions between them. We will be able to more precisely understand North Korea’s policies when we have additional information on recent legal developments in the country and can analyze the laws that reflect them.