Despite almost 50 years of exploratory surveys, test drillings, foreign investment and assistance and tantalizing potential, North Korea has yet to definitively identify any proven commercially exploitable reserves of crude oil or natural gas. The reasons for this are somewhat complex, but they can be distilled into three broad elements: 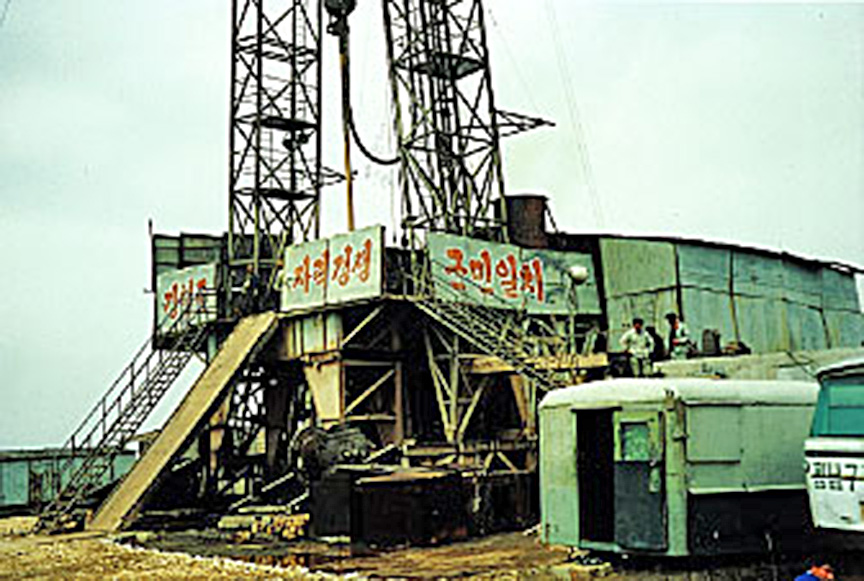 China has an ever increasing thirst for oil to fuel its growing economy and society. It has been aggressively securing and developing oil and gas reserves throughout its economic exclusion zones for many years. During the past ten years, it has become even more aggressive by extending these efforts into disputed areas such as the Senkaku Islands and the South China Sea. With regard to North Korea, Beijing has been in a dispute with Pyongyang over maritime borders since the 1950s. This dispute has become more focused since the 1980s with the belief that there are significant oil and gas reserves within the West Sea.

North Korea has a critical requirement to acquire modern drilling rigs and technology in order to drill exploratory wells in a comprehensive and systematic manner, yet it is unable to either domestically produce or acquire overseas these same drilling rigs and associated technology. A key factor in this is that China has not permitted modern drilling equipment to be sold to North Korea, both as a means of keeping pressure on Pyongyang to resolve the existing maritime boundary dispute and in response to international sanctions on North Korea.

The financial and political risks from any oil and gas exploration and development with North Korea have been great, and they remain unacceptably large for major international conglomerates. This has left only small, ambitious, non-US firms willing to take on the risk for the potential of great rewards. Almost all such companies have announced glittering deals only to quietly shelve them a few years later with little to show for their efforts.