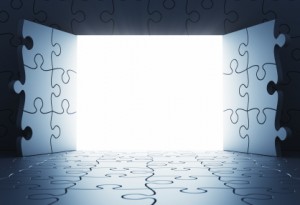 If we have few good answers on North Korea, then maybe we need to refine our questions.[1]

Case in point: Is North Korea opening? Articles on this theme are a hardy perennial of the field. I’ve been reading them since at least the 1980s. Back then I was writing them. After my first visit to the DPRK in 1986, one of a series of pieces commissioned for a cover story in the Far Eastern Economic Review (a journal much missed) bore the confident headline: “After the Great Leader, pragmatism will prevail.”[2] Oh well. Win some, lose some…

Hope springs eternal, and the death of Kim Jong Il has naturally inspired a fresh bout of…what, exactly? “Reading the tea-leaves,” but too often clutching at straws. Wow, Pyongyang has traffic now! Things are really on the move! Geoffrey See has recently warned wisely in these pages against making too much of visual impressions. Not that these aren’t real; there are indeed more cars. But what does this mean? To answer that requires conceptual clarity.

First up, deconstruction. A lot of people, including the lazier end (very busy lately) of what KCNA likes to call “the reptile press,” view North Korea through a hazy lens of Western-centric smug commonsense and wishful thinking. Unsurprisingly, the result is they can’t see a thing.

On this view, North Korea is weird because it is not like us. It needs to change: implicitly defined as becoming more like us. And it does bad things, which it must stop doing right now.

Such shallow, finger-wagging critique—shovelled out in shitloads after Kim Jong Il died—isn’t even as critical as it sounds. The risk in superficiality is that one can also get too easily over-excited if the DPRK does anything contrary to our stereotype, as quite often it does.

The latest instance: A cute quintet of accordionists, playing the A-Ha hit, “Take On Me.”[3] Why is this a big deal? North Korea has no problem with tinky-plinky 80s pop pap. Now, if they took on Coltrane…

We can and must do better than this, and it isn’t that hard. For a start, discard the teleologies and disaggregate the problematique. North Korea needs to be seen in its own terms, not ours. (note that I said in, not on.) And we need to be clear what exactly it is that we are talking about.

Those who want North Korea to open up (and who doesn’t?) tend to conflate two things: nuclear disarmament and economic reform. Forget the former: It ain’t gonna happen. Pro forma we have to keep pushing for it, but meanwhile the wise course is to seek out change of other kinds in North Korea’s system. And in that regard too, we need to think more sharply and carefully, and above all, contextually, about what various DPRK phenomena really mean.

This article tries to offer a very basic tool-kit for such an endeavor. It begins with some dry but necessary concepts, and then illustrates these with comparative cases as well as North Korea.

Analytically, then, the idea of North Korea opening raises at least seven kinds of questions:

Let’s now apply all of this: to North Korea, but first to some other cases by way of comparison:

And North Korea? In one of his last foreign media interviews in April 1994, Kim Il Sung got quite touchy when invited to announce a Chinese-style economic opening to the West:

We opened already. Do I have to say it again? We allow foreign investment and joint ventures. We opened. Is there any room for more opening? We have set up zones where they can best fit in. When we open we do it in our own way, not following others. It’s anathema for me to follow others.[8]

True, the DPRK had allowed joint ventures since 1984 and created its first special economic zone (Rajin-Sonbong) in 1991. Yet the great leader seems not to grasp what this truly entails. “Opening in our own way” is incoherent. Opening is a relationship. In a competitive world, “our own way” better appeal to others. The Sinatra-esque solipsism of Kim’s last sentence (“I did it myyy way”) is a sour note. If your opening is idiosyncratic, ain’t nobody gonna come.

Two leaders later, how much has changed? It’s too soon to judge Kim Jong Un’s input, and it would take another article to answer in empirical detail. For now, on our seven-point checklist:

To conclude. Whether or not you agree with any particular judgments, I hope this analytical exercise helps. By clarifying in advance what opening means, we might just recognize it if and when it finally materializes. Or at any rate, we can and should avoid being fooled by mirages. Accept no substitutes. Taken as a whole, North Korea is not opening. Not yet.

[1] This article is based on a talk given in Brussels on December 13, 2011, at a seminar for European diplomats dealing with the DPRK organized by the Polish Presidency of the European Union. I’m deeply grateful to the Polish Ministry of Foreign Affairs for this kind invitation to participate in a very stimulating discussion.

[2] FEER Vol. 132, No. 26, June 26, 1986, p. 40. The archive is still accessible online to Wall Street Journal subscribers at http://feer.wsj.com/archives. But it would be good if Dow Jones would allow an open-access academic home for this treasure-trove. I’ve written to them about this, but received no reply. See also my comments at http://koreaweb.ws/pipermail/koreanstudies_koreaweb.ws/2009-December/007611.html.

[8] From “Kim Il-sung: In His Own Words,” Korea Countdown, Seoul: Merit Consulting, No. 9, May 1994, p. 6. In chatty mood, the great leader also reveals his idea of sport: “I shot two bears this year. Soldiers raise them, so they don’t run away. One had climbed up a tree. It heard the noise of the car and climbed down and I shot it.”

[11] See the ownership pie-chart at http://www.dsme.co.kr/epub/investment/investment0103.do.