It’s not easy to predict the future. It shouldn’t be so difficult to understand the past, certainly not the past within living memory. There are inevitable differences in memory and perspective, of course, which is what makes history lively, or boring, or irritating. Arguments over history rely on detail, whereas predicting the future is unencumbered, even liberating. Think of the future, and the mind soars ahead. Looking back means entering an alligator-filled swamp of facts.

A recent example is “What’s Wrong with Both Sides of the North Korea Debate,” a good article by Bob Manning and Jim Przystup in the National Interest. The article strikes a decent balance in assessing the debate over North Korea policy. (Spoiler alert: if you see the words “good” and “decent” so close to the beginning of an essay, you might guess what is coming.)

There is, unfortunately, a problem. And what would that be? The case the article makes is plausible enough, but only if you accept its version of history. Doing that is no doubt the easiest course, because the article’s version of history comports with the common wisdom, i.e., nothing that has been tried with the North Koreans over the past 25 years has worked because “in each instance, Pyongyang found a way to say ‘no’.” If that conclusion is left standing, it has obvious implications for a new US administration about to take office and any policy that even considers resuming diplomacy with the North. 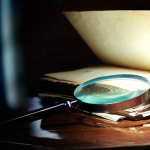 This is a long, impressive list at first glance, but it is a motley collection. It reduces all to the same two-dimensional universe. Since they all “failed,” they must all belong together. But of course they all had different dynamics, different contexts, different births, and different deaths. Details matter. Even more, if the list were to include all that actually belongs under the heading of “myriad documents,” the picture would shift. If there are lessons to be learned from a complicated and complete list, it is not simply the epitaph “Rest in Peace.” After all, in the long run, we’re all dead.

Let me offer an approach that might be helpful in illuminating the point. Instead of just a list, we’ll make a brief report card, adding some details and extra examples (in italics) that make the picture more complex.

(December 1991) North-South Basic Agreement: We’ll have to wait and hope for better access to records, but my bet was always that this was largely an effort by Pyongyang to fend off an effective ROK policy and put the North on higher ground in the midst of the tidal wave of negative developments stemming from the collapse of the Soviet Union and the Eastern bloc.

(January 1992, not 1991 as the article states) Joint Declaration on Denuclearization: This declaration was essentially stillborn. It never moved beyond the declaratory phase (literally, a “declaration”) into a meaningful process. There was a fierce internal struggle in the ROK government at the time, which spilled over into the implementation negotiations and helped cripple them. The 1994 US-DPRK Agreed Framework (see below) encompassed some of the main points of the 1992 declaration, i.e., stopping the North’s fissile material production program.

(October 1994) Agreed Framework: Lasting from 1994-2002, the framework initially froze the North’s fissile material production at Yongbyon, ended construction of two larger plutonium producing reactors, and provided a basis for expanding US, ROK, and Japanese negotiations with Pyongyang. A few years after it was signed, the framework went into a period of drift as the White House lost focus and opposition in Congress grew. The Perry Process (below) reinvigorated US policy. Evidence of a secret North Korean HEU program in the late 1990s was seen by the Clinton administration as a serious challenge that would, among other things, end the arrangement and the chances for capturing the DPRK missile program if not successfully met. An approach to deal with this challenge was put into place before the US election but was never implemented. The Bush administration saw Pyongyang’s clandestine program, in John Bolton’s phrase, as the “anvil” on which the framework could be destroyed. When the Agreed Framework collapsed in 2002, North Korea’s plutonium production program had been gutted. Pyongyang only had enough fissile material to produce a handful of weapons, far short of estimates in 1994 that it would be able to build 75-100 bombs. And the uranium enrichment program, still in its initial phase, almost certainly was not far enough along to produce fissile material for more than a few weapons until sometime around the late 2000s/early 2010s.

(1995) Korean Peninsula Energy Development Organization (KEDO) agreements with the DPRK: These were a series of complex legal agreements covering such items as transportation, communications, and most importantly, quasi-consular guarantees for South Korean and US nationals working at the KEDO light water reactor construction site in North Korea. The North adhered to these agreements throughout the period when KEDO was building the reactors, right up until the last minute in January 2006 when the organization abandoned the site and a ship carrying the remaining KEDO employees pulled away from the dock.

(May 1999) Kumchang-ri Agreement: This agreement was reached in 1999 for a US inspection of a site in northwest North Korea suspected of housing a clandestine fissile material production facility. It called for a US team of experts with sophisticated equipment to have basically unfettered access to the suspect site. The North complied with its terms.

(1999) The Perry Process: The result of a well thought out, thoroughgoing policy review by former Secretary of Defense William Perry, there is no way this can be put in the “died” column. It resulted in a unilateral DPRK missile launch moratorium (1999-2006), reciprocal visits by Kim Jong Il’s top military advisor Vice Marshal Jo Myong Rok and US Secretary of State Madeline Albright, a joint statement on terrorism (September 2000) that the Bush Administration never attempted to implement, and a joint communiqué on the nuclear issue and bilateral relations (October 2000), which it essentially discarded the moment it came into office.

(April 2003, not 2004 as the article states) PRC-US-DPRK Talks: This dialogue probably doesn’t belong on anyone’s list. It was simply a Chinese effort, in the wake of the collapse of the Agreed Framework, to get the US and the DPRK back together. However, since it occurred under false pretenses—the Chinese told the North Koreans it would be a venue for US-DPRK talks, which is not what Beijing told Washington, the dialogue resulted in nothing other than clearing the way for Six Party Talks.

(September 2005) Six Party Agreement: Perhaps the weakest of agreements, based on not much more than Chinese efforts to fashion language barely acceptable to the other five parties, with the entire result torpedoed on the last day by negative remarks by the US delegation head, followed the next day by publication in the Federal Register of Treasury action aimed at North Korea. Whatever shards were left from the agreement were further shattered by the first DPRK nuclear test in October 2006. Efforts to put the pieces together again in 2007 and 2008 were brave, but ultimately hopeless with neither Washington nor Pyongyang inclined or able to commit fully to a process dragged down by enduring suspicion and no real sense of a future. After a brief period of sunshine, in the summer of 2008 the process fell apart completely, never to recover, due to differences over the timing of a verification regime and its links to removing the North from the US terrorism list.

(October 2007) North-South Summit: This meeting between ROK President Roh Moo-hyun and Kim Jong Il resulted in a joint statement laying out ambitious goals for expanding joint North-South contacts, South Korean business operations in the North, and steps to ameliorate tensions in the West Sea. For a variety of reasons, the summit had been delayed until just before the ROK presidential elections. When former President Lee Myung-bak took office in early 2008, he discarded the agreement as part of a conservative backlash against the “sunshine” policies of the previous two ROK administrations.

(February 2012) Leap Day Agreement: Contrary to urban myth, questions remain over how well considered and how carefully the final deal was negotiated (the process had begun earlier in 2011), especially since the final negotiations took place barely two months after Kim Jong Il’s death and at the very beginning of the succession of his young and relatively inexperienced son. There was no agreed-upon published text, and a comparison of each side’s public versions shows key differences. The deal ran aground before it could even get underway when 16 days later, the North Koreans announced plans to launch a satellite. Washington maintained this was a violation of the North’s agreement “to improve the atmosphere for dialogue and demonstrate its commitment to denuclearization” by implementing, “a moratorium on long-range missile launches.” Pyongyang replied that it was sticking to its missile launch moratorium, but that a satellite launch was a different kettle of fish.