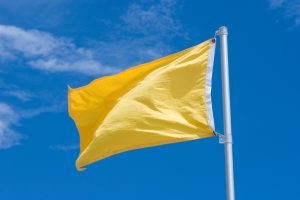 Apparently concerned that Washington is not taking its warnings seriously, Pyongyang has conveyed through an article in Choson Sinbo, the pro-North Korean newspaper in Japan, what it hopes will be read as a sober exegesis of its recent public criticism of the US. With a Pyongyang byline, the piece was authored by Kim Ji Yong, a reliable interpreter of DPRK policy pronouncements whose articles are often used by the North to put in plain language signals that it sometimes veils in confounding obscurity.

Citing the US State Department, the Choson Sinbo piece acknowledged that a trip to New York for “high-level talks” by DPRK chief negotiator Kim Yong Chol, scheduled for November 8, had been “postponed.” It obscured the fact that the North had asked for the postponement, asserting, “There are different interpretations of what is in the background.” It carefully did not rule out high-level talks in the future proceeding “without interruption in line with expectations and demands of both sides,” but waved a warning flag that this progress would need to be based on an understanding that the “premise established for the denuclearization of the Korean Peninsula is the implementation of the most rational and most fair phased simultaneous action principle.” The article also gingerly raised that possibility of the North hanging back on a second Trump-Kim summit, implicitly arguing that if the US does not take “credible measures” to address North Korean “concerns” in high-level talks, the summit could be delayed.

The Choson Sinbo article embellished on criticism that had appeared in a pair of KCNA commentaries last month complaining that after Secretary of State Pompeo came out of what the North has portrayed as an unmistakably positive October 9 meeting with Kim Jong Un, elements in the Trump administration had moved almost directly into negative comments. The article drew special attention to the warning in a November 2 commentary by the head of the Foreign Ministry’s Institute for American Studies (IFAS) that the North’s current strategic line of “everything for the economy” could change back to the “byungjin” line—i.e., equal emphasis on the nuclear weapons and economic sectors. In a dramatic rendition of internal events leading up to that warning, the piece said that “alarm bells were sounded through a public institution handling US affairs as a departure from [the relatively more positive] editorial tone of news media.” In case anyone missed the point, the Choson Sinbo piece underlined that the IFAS commentary would not have included reference to such a potentially seismic policy shift without the approval of higher authority.

While still abiding by what is clearly high-level Pyongyang guidance to avoid criticism of President Trump by name, the article took a couple of sideways swipes at the president, slamming two of his public positions—his claim that he was in “no rush” for progress in talks with the North, and that the South could do nothing without US approval, something the article labeled as a “speed control theory.” The piece also took him to task for “touting” the absence of North Korean nuclear and missile tests as if that were his doing rather than Pyongyang’s initiatives.

At the same time, as have earlier articles in DPRK media, the piece gave the president leeway, claiming:

North Korea knows that President Trump has many enemies in his effort to implement the 12 June North Korea-US Joint Statement adopted at the Singapore summit. There are advisors not on the same page with the president. The bureaucratic group including the US Department of State is creating artificial obstacles to the implementation of the joint statement.