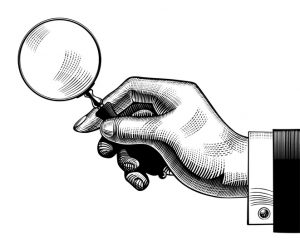 Since the US elections on November 6, North Korean central media have been conspicuously silent on the state of US-DPRK negotiations. There are times when such silence from Pyongyang is golden, other times ominous, and occasionally merely confusing. This one manages to fall between all three stools. After a spate of Pyongyang complaints about Washington in the first week of November, the silence now is all the more glaring. Instead of commenting in its own voice, the North has left it to the pro-North Korean paper in Japan, Choson Sinbo, to carry the burden. Containing a little of each, a Choson Sinbo article on November 26 authored by a key commentator—Kim Ji Yong—suggests an effort by Pyongyang to continue to warn Washington even while easing off its threats and edging into a public posture of something approaching a wait-and-see with Washington.

Overall, the article portrayed the situation as considerably less than ideal but still not yet in the danger zone. It voiced complaints, as had a similar piece on November 9 also by Kim Ji Yong, about what it portrayed as US efforts to interfere with the development of inter-Korean relations, singling out a newly formed US-ROK working group for coordinating policy as an effort by Washington to “regulate” the speed of Seoul’s moves toward the North. The article did not, however, accuse the US of completely stopping progress in inter-Korean ties, nor did it suggest that at this point the North-South efforts were yet in serious danger of falling off track.

The article went no further than stating that US efforts to slow the inter-Korean process were “making people skeptical” of Washington’s commitment to the US-DPRK summit agreements. That formulation falls on the softer edge of warnings, deliberately leaving ambiguous who the “people” are, though later in the piece there is a broad hint that this is a reference to discussions in Pyongyang. Use of the term “skeptical” implies that while leaning negative, those “people” have not made a final judgment. Reinforcing this image of skepticism, the article went on to claim that because of the US administration’s mixed signals—that is, stating hope for a second US-DPRK summit “early next year” while obstructing inter-Korean affairs—“some people opine that it is a sign of turning to a ‘Trump style strategic patience’ to focus on managing the situation while not overturning the table of negotiations with the DPRK.” In other words, Pyongyang still wants to be seen as holding at least some hope that Washington has not yet thrown the negotiations to the wolves.

As an indication that the North is holding open the path to progress, the article continued to portray the US-DPRK meeting in Singapore last June as a “success,” and did not—as it might eventually do—accuse the US administration of bad faith at the summit or of moving backwards vis-a-vis Pyongyang since then. Instead, it complained only that the US was “marking time,” suggesting more definitive developments—either positive or negative—could yet come. The problem, as the article laid it out, was that “if DPRK-US relations come to a standstill, the voice of opponents is bound to grow louder.” While this would appear to point to opposition in the US, which DPRK commentators have complained about since the summer, it might equally apply to critics in Pyongyang.

The article’s bottom line made clear that the “people” Kim was speaking of earlier in the piece were, indeed, in Pyongyang. He described the current situation as one in which “the DPRK, in its position, cannot but have doubt about dialogue partner.” This “cannot but” formulation is also one of the softer ones in the North’s rhetorical arsenal, indicating a measure of reluctance in coming to a negative conclusion, and implicitly suggesting there is still room for reevaluation. The only thing approaching a threat was put in vague language, especially compared with the North’s blunter warnings earlier this month that a return to the “byungjin” policy (dual development of nuclear weapons and the economy) was under consideration at high levels in the leadership. The current article, stopping short of naming names, warned that “if the White House owner attempts to follow in the footsteps of his predecessor who, while talking about ‘patience,’ created a vicious circle of distrust and confrontation, the DPRK as well cannot help but adopt a reciprocal stance.” Again, the “cannot…but” formulation leaves Pyongyang considerable flexibility in its next moves.